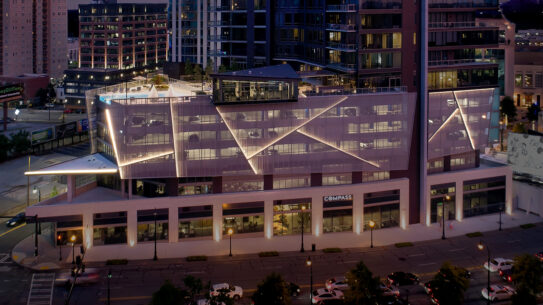 Parking decks are perpetual challenges for high-rise designers, particularly when the property at hand is a premier condominium tower in a swanky part of town. No one really wants to look at bare, concrete structures, 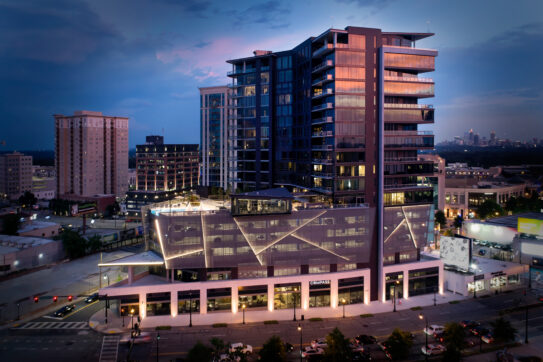 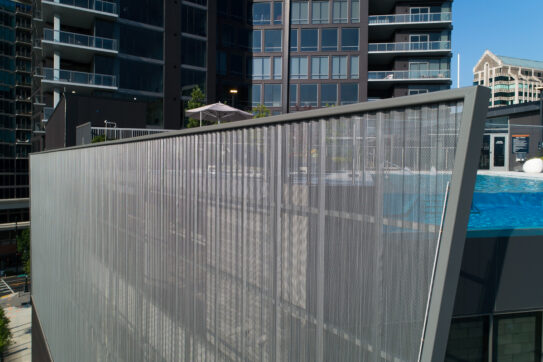 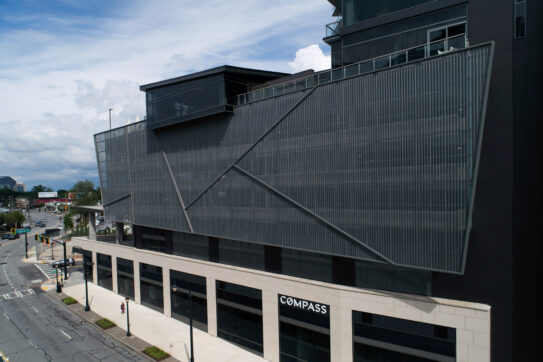 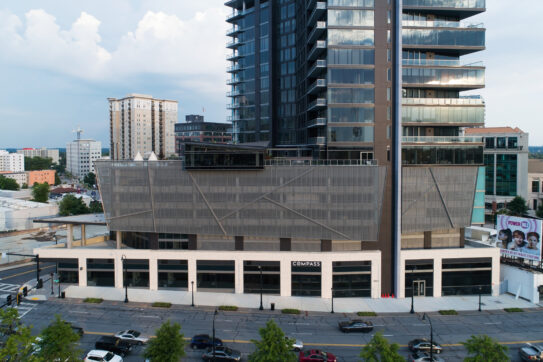 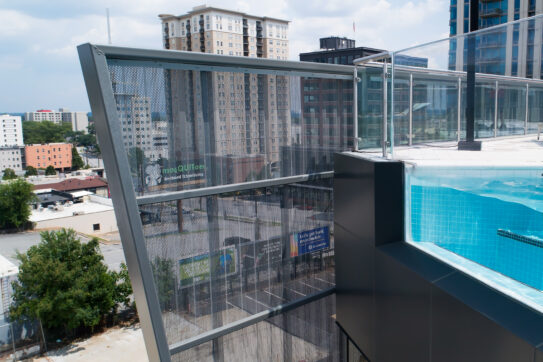 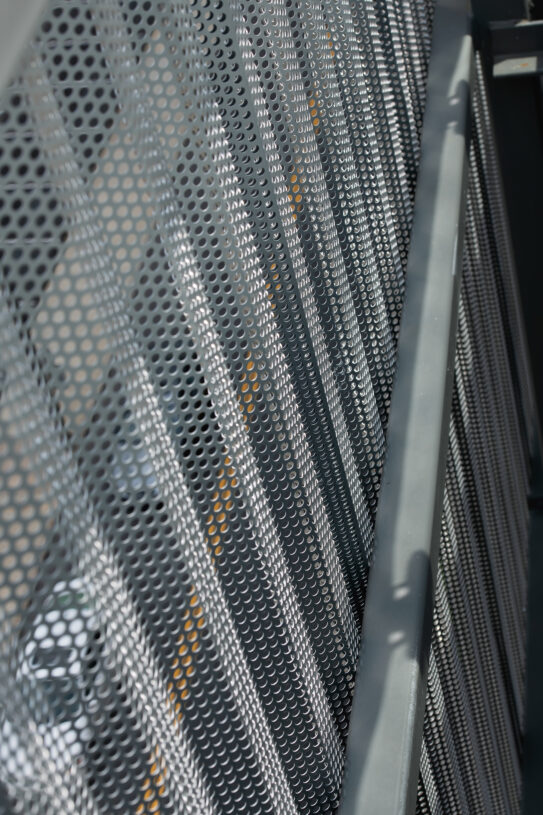 Parking decks are perpetual challenges for high-rise designers, particularly when the property at hand is a premier condominium tower in a swanky part of town. No one really wants to look at bare, concrete structures, but walling them off simply isn’t an option, given the need for ventilation. The architects behind The Charles Condominiums in Atlanta’s high-class Buckhead neighborhood created a unique screen for the building’s multi-floor parking area using perforated metal panels and creatively positioned lights. In the process, they turned an otherwise unattractive garage into a visual boon for building residents and their nearby neighbors.

As described by Knox Jolly, senior associate with the Atlanta office of the building’s design firm Lord Aeck Sargent, the screen’s eye-catching angles are part of a larger effort to represent the thoroughfare on which the structure is sited. “Historically, Peachtree Road has been an important contributor to the urban form of Atlanta,” he says. “Through alternating window patterns and balcony profiles, we wanted to create a Peachtree frontage for this building that reflects the same dynamics of the road, itself. Our design goal was to treat this screened parking in a similarly dynamic way to the overall building, as it fronts Peachtree Road as well.”

The perforated panels are mounted to the garage structure at several depths, braced on multiple façades with steel I-beams that complement and emphasize the panels’ angular profiles. From the street, pedestrians can see up past the screening to a ceiling light installation in the building’s club house that also appears to pick up on the same abstract angles.

“We knew we wanted to have multiple panels that varied in depth to allow for both shadows during the day and lighting opportunities at night,” Jolly says. “The design was a balance of creating the largest possible panels while allowing the structural steel to tie back to multiple anchor points at specific building locations.”

Petersen’s 7.2 Rib panels in .040-gauge aluminum finished in Weathered Zinc were selected for the project. The 7.2 Rib is one of several PAC-CLAD aluminum wall panel profiles the company offers for perforation applications. The perforations can be fabricated in a nearly endless combination of hole sizes, spacing and open-space percentages. In this case, Jolly says, code requirements drove the perforation specifications.

“We wanted to push the perforation ratio to the minimum open area allowed by code,” he says. “This allowed each screen to read more like a skin than an opening.”

Pierre Construction Group of Stone Mountain, Ga., was the installation specialist on the project. Company president Collins Westcott says his team had learned some tricks from previous perforated jobs that aided the success of this effort. “We did a mock-up on site,” he says, noting the advantage of giving everyone a chance to evaluate the specified perforation patterns before panels are installed. “That’s one of the big issues we’ve had in the past with perforated projects. This helped everyone see exactly what the visual screening effect would be.”

While the dense urban setting made access for the installers a bit of a challenge, Westcott says at least there was room to maneuver boom lifts to steer the panels into place. He adds that his company also worked closely with the project’s general contractor, Atlanta-based Brasfield & Gorrie, to manage a tight construction schedule. And, he says, the pros at Petersen also provided assistance to ensure the framing they specified had the strength to support the oversize panels.

“We’ve been working with Petersen pretty consistently for the past 15 to 20 years,” he says. “We love working with those guys.”