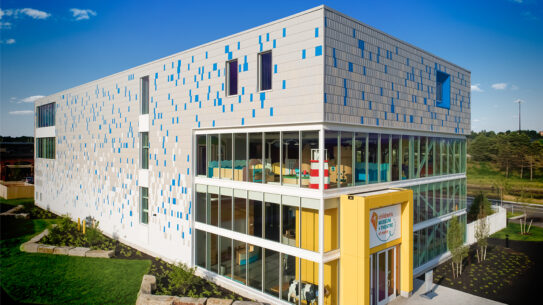 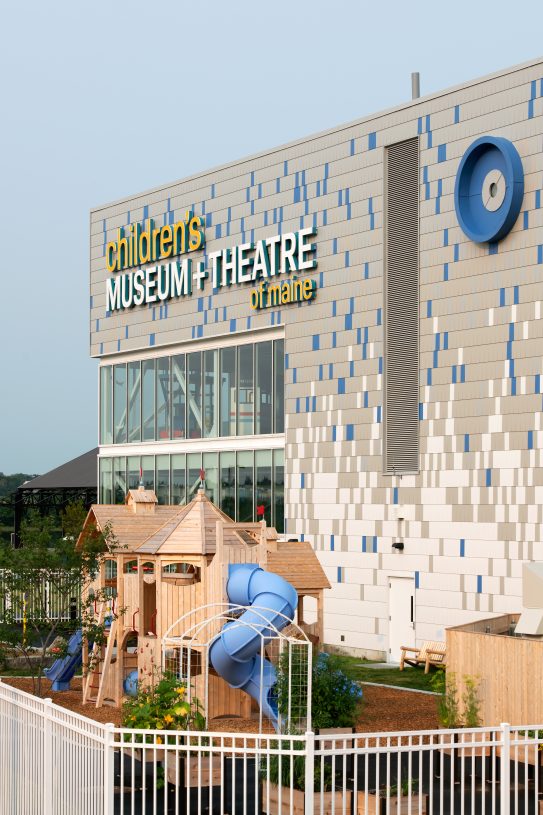 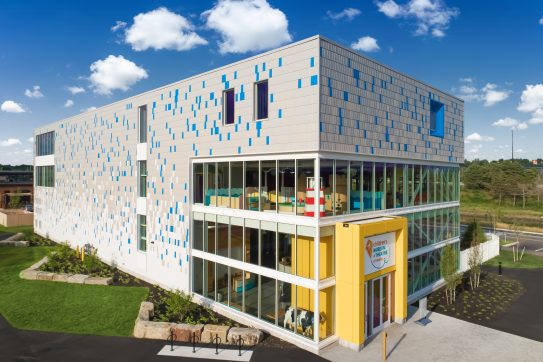 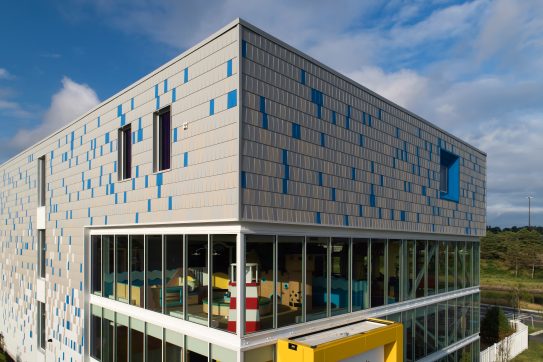 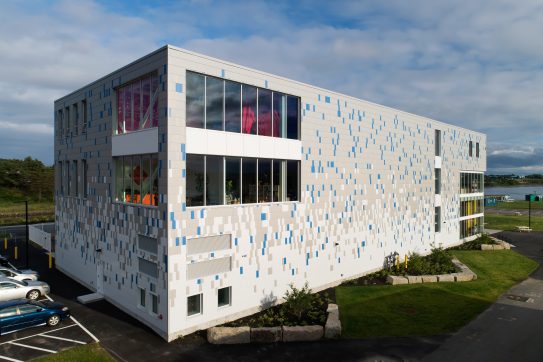 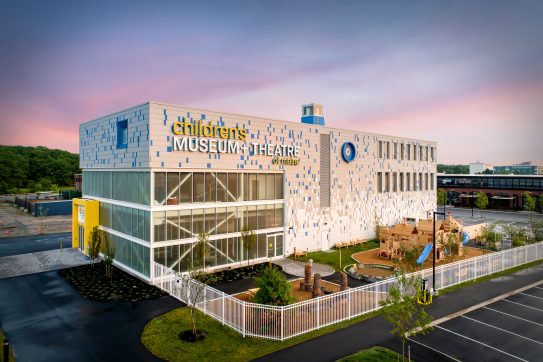 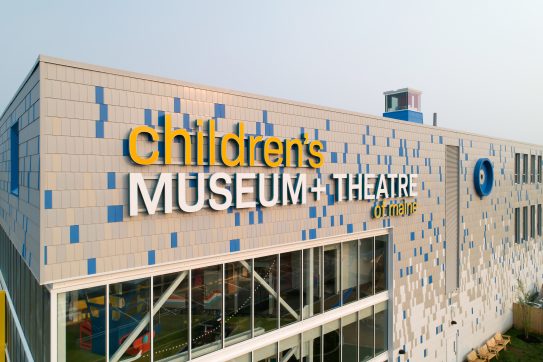 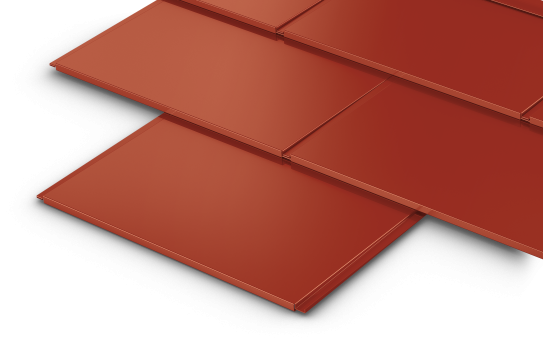 The Children’s Museum and Theatre of Maine has roots going back almost a century in its hometown of Portland, Maine. The Children’s Theatre of Portland was founded by the local branch of the Junior League in 1923, and the Children’s Museum of Maine was started by the same group in 1976. The groups combined in 2008 at the museum’s then home in Portland’s downtown, but soon began to experience growing pains. In June 2021, the organization moved into a new home atop a former brownfield. The new building doubles the museum and theatre’s floorspace and features a playful exterior clad in a multicolored pattern of individual metal tiles.

Plans for the new building began in 2011, when CMTM began a visioning process by bringing in outside consultants to do market research on public interest in expanded programing. A capitol campaign was then launched in 2016. That’s about when Bruner/Cott Architects of Boston began working with the organization on what a new facility might look like. Thompson’s Point, a former industrial district that’s burgeoning into an arts and entertainment area, was chosen as the site – the new building is located on what was once a railyard.

Bruner/Cott’s designer opted for a boxy building form that recalls the warehouses and other industrial structures that once stood on the point, although ample glass helps visitors see the fun inside before they walk through the front door. While the metal wall tiles might also be seen as an industrial reference, the patterning of their varied colors actually comes from more organic roots. Jason Forney, FAIA, a partner and principal at the firm has been quoted describing the movement in panel hues from cream upward to mottled grays, with splashes of sea/sky-blue, as being inspired by rippling water, butterfly wings, fish scales and tree bark – all natural references to Maine’s regional ecosystem.

Approximately 15,600 sq. ft. of Precision Series TS Tiles from Petersen were selected for the project. The tiles were specified in .032-gauge aluminum to stand up to the waterfront location in finishes of Stone White, Granite, Cityscape and Berkshire Blue. Installation firm Industrial Roofing & Siding of Lewiston, Maine, put its own industriousness to work during the project’s construction. A two-person crew installed all the tiles at the impressive rate of, on average, 500 panels a day in the field.