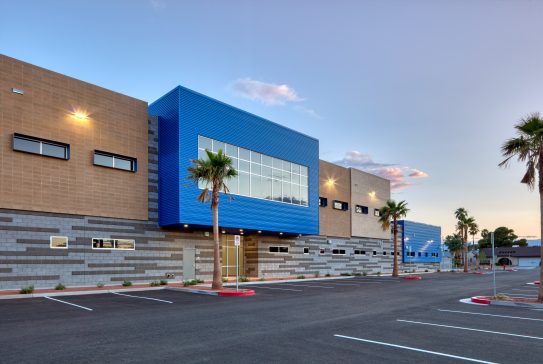 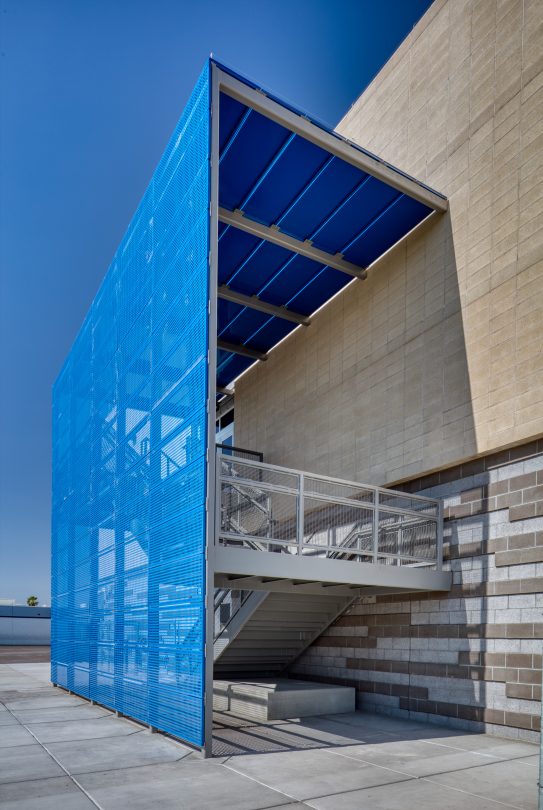 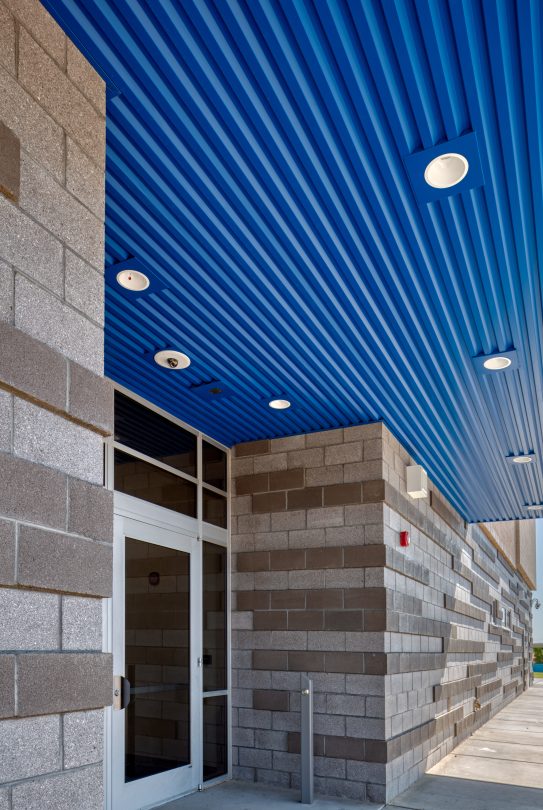 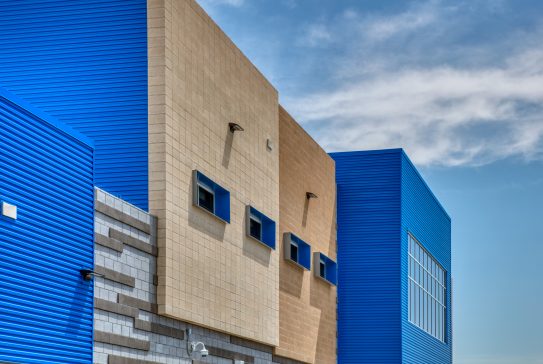 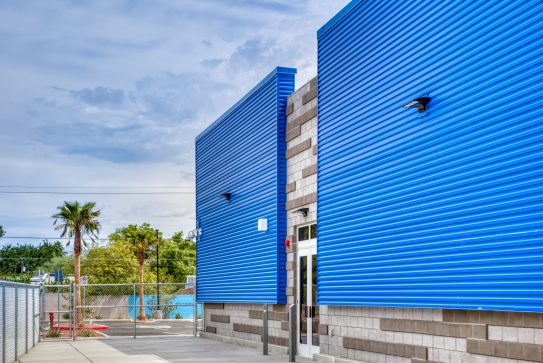 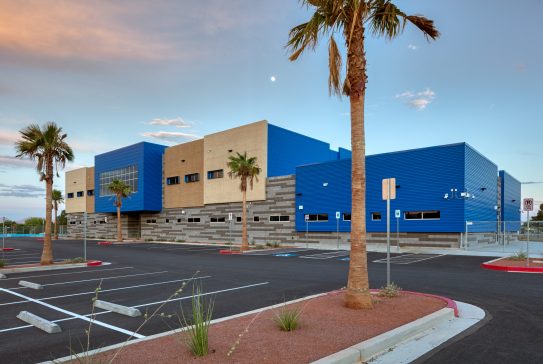 To say the Doris M. Reed Elementary School project in Las Vegas was on a fast track is a bit of an understatement. School administrators were getting approval to sign a design contract in June 2017 for the new classroom building, which welcomed its first students in August of the next year. Despite what was obviously a speedy construction schedule, the finished structure features a strong sense of style.

Designed by architects from Gensler’s Las Vegas office, the façade incorporates a standard palette of public-school materials: concrete masonry units and metal wall panels. But the end result is anything but generic, thanks to the dynamic dimensionality created through the use of bump-outs and overhangs and layered masonry courses. Then there’s the prominence of a particularly vibrant blue hue – the signature color of the school’s Roadrunner team-sports mascot. In whole, the building makes quite an eye-catching statement in its near-desert setting.

The new structure adds 18 classrooms to Doris Reed Elementary, which originally was completed in 1987. The school was named for a legendary Clark County School District teacher who taught high school English and drama for 40 years – and even coached boys’ soccer for a few seasons. Doris Reed was born in England and taught in that country and in Jamaica before making a home for herself in Las Vegas.

“I offered Petersen, and they accepted,” says Andy Russo, Jr., owner of the company that bears his name. “I’ve been dealing with Petersen since the early 1990s. I like their material, and any issues I’ve ever had, they’ve taken care of.”

Russo’s crew performed some custom work to bring the project together, including fabricating the perforated panels used to shelter an exterior staircase. “We custom-made our miters, and we had flashing and counter flashing where we tied into the block,” Russo says. Further craftsmanship can be seen in the lack of seams across the panels’ 45-ft. runs. “Other than the outside miter, we did it all as continuous-length.”