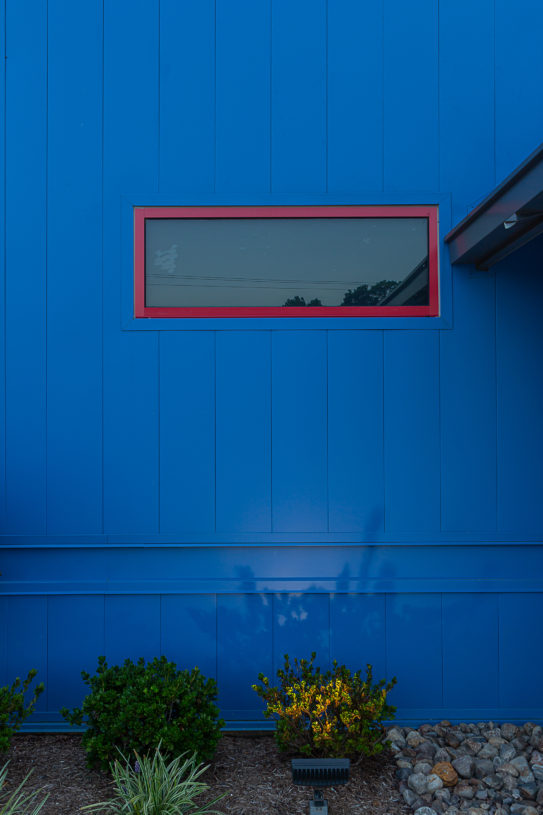 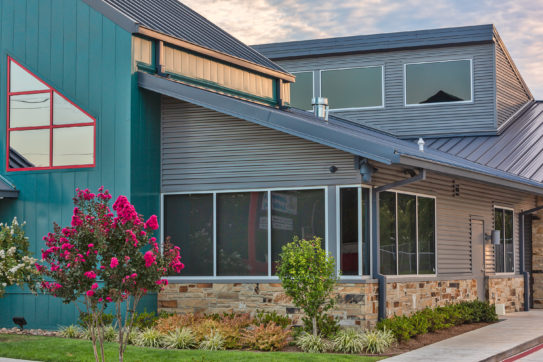 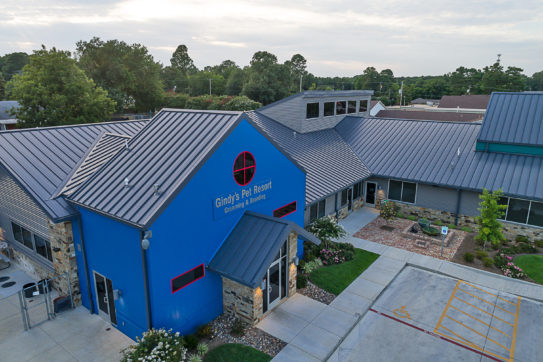 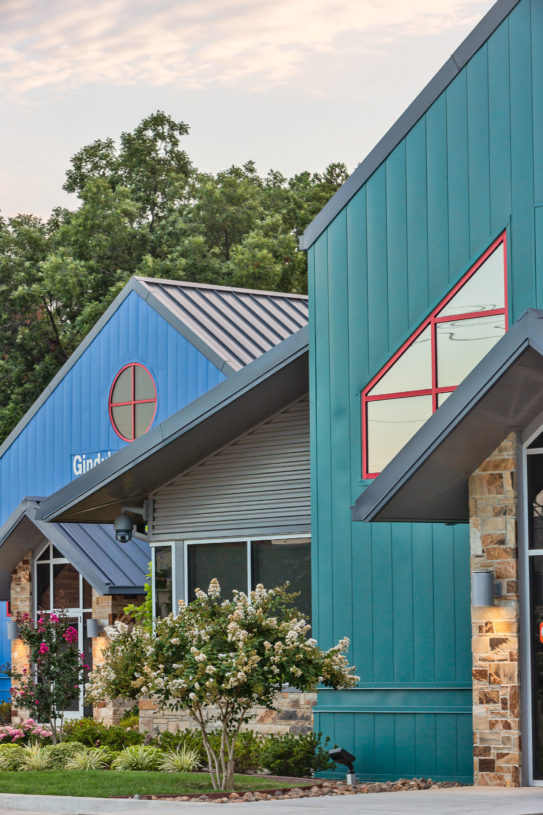 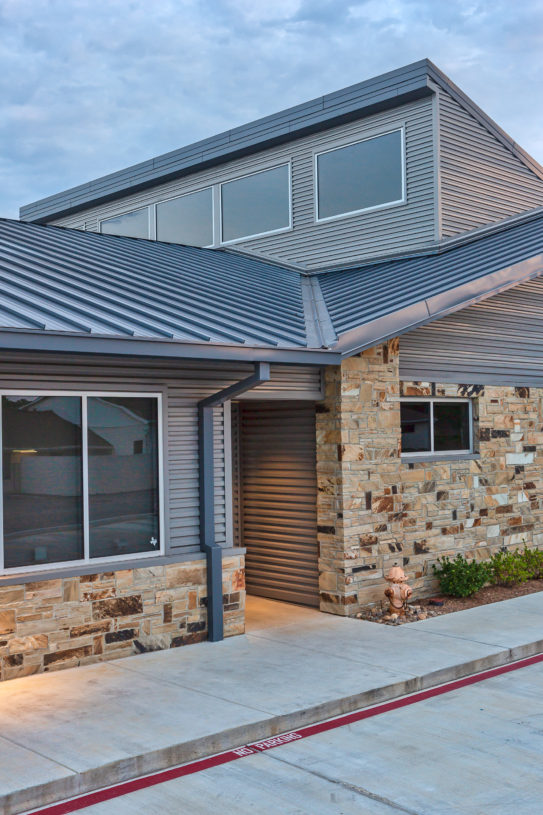 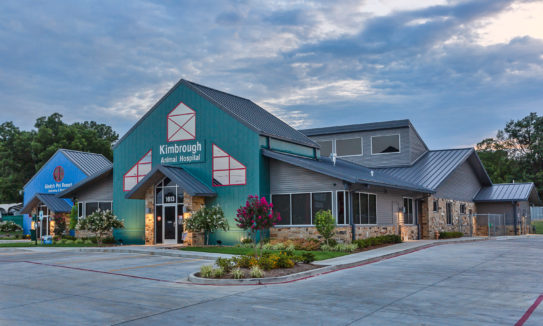 Animal hospital is reborn with rural appeal and colorful exterior

The new Kimbrough Animal Hospital in Longview, Texas, was born of tragedy. An overnight fire in the hospital’s previous building destroyed that structure and killed 39 animals sleeping in the hospital’s kennel area. In the plans to rebuild, the owner, Dr. Kenneth Kimbrough, certainly wanted the highest level of fire protection. He also wanted a design that somehow reflected both the area’s agricultural heritage and the journey he’d taken to create a new facility from the ashes of the old. Metal roof and wall panels helped with both these goals.

“Number one, because of the tragedy, Dr. Kimbrough wanted to establish a facility that went above and beyond the requirements for a veterinary facility,” says Ron Mabry, whose firm Ron Mabry Architects in Tyler, Texas, was tapped for the new building’s design. In addition to sprinklers throughout the building, this meant non-combustible construction in the kennel area and four entrances to that area for easier access in any future emergency.

When it came to aesthetics, though, Kimbrough wanted an exterior that looked far friendlier than concrete block would allow. This brought architect Mabry to the idea of a barn.

“When we started designing the building, we looked at what people relate to, regarding animals – that was the primary emphasis on the form,” Mabry says, adding that metal panels were a natural choice, both for the roof and exterior walls. “Number one, for their durability and, again, they relate to an agricultural facility.”

Even with the rural look, Mabry wanted to create a streamlined appearance to underscore the professionalism current and future patients would encounter during their visits to the new facility. Petersen’s PAC-CLAD line of wall and roof panels offered just what the architect wanted, in this regard.

“We chose PAC-CLAD for this project because we wanted the clean lines of the concealed fasteners,” he says. “And they had good details for how the panels marry together.”

These varied colors help define the facility’s interior spaces from the outside. The interior incorporates two different functions – a traditional veterinary practice and an attached grooming and kennel business. Mabry wanted this differentiation to be clear from the street and parking area.

“With the building envelope, you can read the volumes of the spaces inside, so you know what to expect,” Mabry says.

Mabry was especially pleased that Petersen’s broad palette of finishes was able to meet his early vision of a bright and cheery facility – especially in the wake of the tragic fire.

“We wanted bright colors, a positive, fun approach – something that would really catch views from the street,” he says. “When we did the renderings, we had rendered with these colors, and the owner really liked it. Petersen had the palette to nail it.”

Keeping the variously finished panels organized posed a bit of a challenge, according to Anthony McKinley, operations vice president with installer Curtis-McKinley Roofing in Longview, Texas. But a larger chore was getting the panels into place, given the project’s tight jobsite.

“The majority of the panels were 40 ft. long, and some were a little longer, and there wasn’t enough room to turn them around,” he says. This meant his team had to call in a crane to get the panels positioned. However, he adds, any other questions regarding the panels, themselves, and their detailing were quickly addressed by Petersen Aluminum’s professional staff.

“If we had any technical questions, Petersen was there to help,” he says. “We’ve been using their material for a very long time and have a great long-term relationship with them.