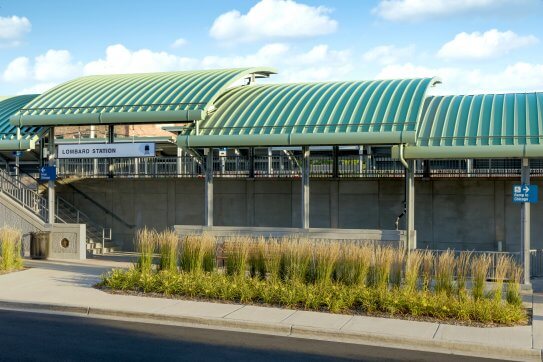 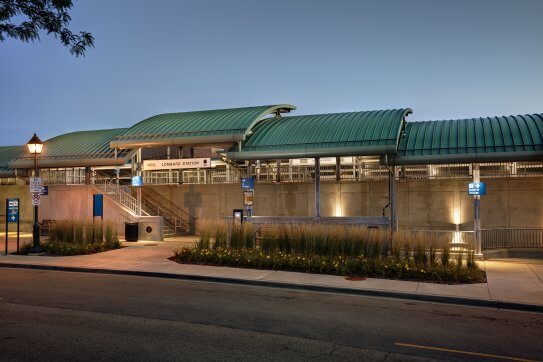 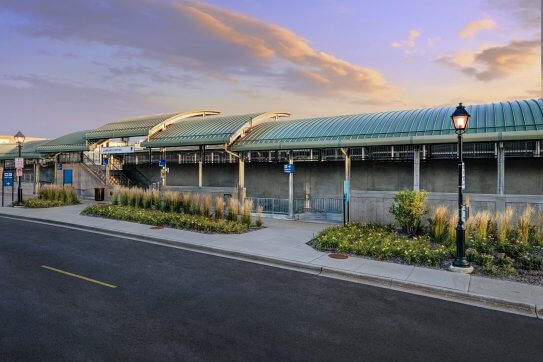 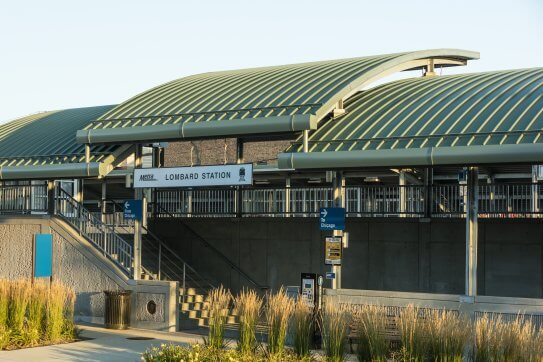 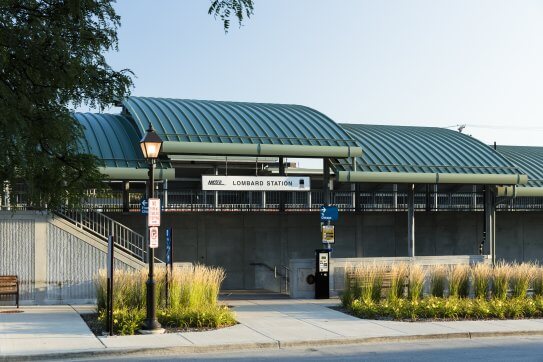 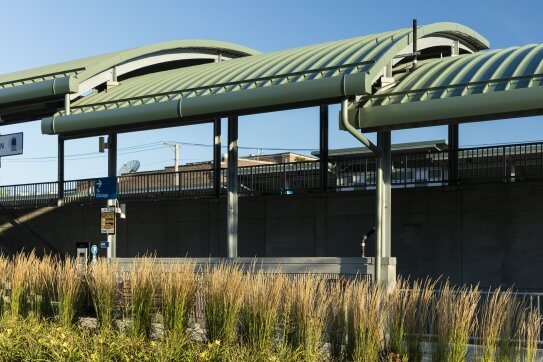 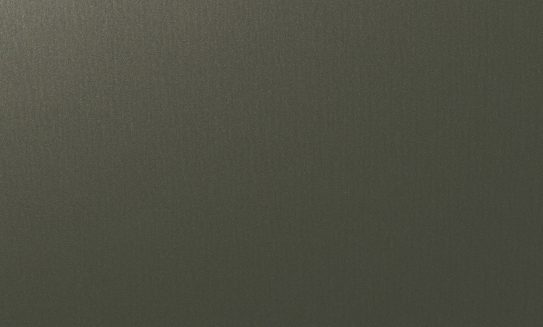 Construction of Chicago’s new Metra Union Pacific/West commuter railroad station in Lombard, Ill., marks a major improvement for riders as well as the residents of the Village of Lombard. Prior to building the sparkling new station, riders simply boarded from two uncovered platforms. Now, the nearly 1,300 weekday riders enjoy the convenience and shelter of 250 linear feet of curved metal roof canopies on either side of the tracks.

The railroad line separates the Village of Lombard from north to south. A major component of the project included construction of a pedestrian tunnel to allow safe passage across the tracks.

The platform canopies are clad with approximately 11,000 sq. ft. of PAC-CLAD Tite-Loc Panels from Petersen. The curved 22-gauge panels are finished in Aged Copper. The Tite-Loc Panels were manufactured at Petersen’s headquarters plant in Elk Grove Village, Ill.

Design for the project was created by KMI Architects Engineers in Chicago. “The entire station was designed for economy and low maintenance,” explained John Mehdi, project designer at KMI. “The PAC-CLAD panels were selected for their durability. The overall canopy is long and we wanted to break it down into modules with the higher roofs marking the entrance to the platform area.” The repetitive modular sections reduce cost and can facilitate a future curtain wall system to further protect stairways and ramps from the elements.

Installation of Petersen’s PAC-CLAD panels was completed by Progressive Dynamics in Streamwood, Ill., which is a regular user of various Petersen profiles. “The Tite-Loc Panels were a good fit for this job,” said Rodger Leonard, project manager. “The durability provided by a mechanically seamed profile was important. It was a relatively straight-forward job and turned out great. The greatest challenge definitely was working around the train schedule.”

Riders and residents alike have applauded the new station. Metra Executive Director/CEO Don Orseno said, “We have not only significantly boosted the appeal of the Lombard Station, but we have also significantly boosted safety. We now have fully renovated platforms with beautiful new canopies as well as a sparkling new pedestrian tunnel—the safest way possible to get across a set of train tracks.”

The general contractor on the project was John Burns Construction Co. in Orland Park, Ill.