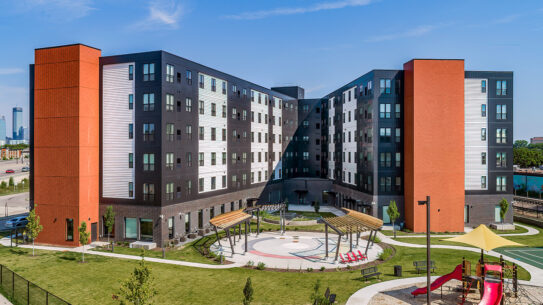 Metal cladding ties American Indian-focused housing complex to tribe history With a name that translates roughly from the Chippewa Ojibwe language as “live the good life,” the Mino-Bimaadiziwin apartment building in Minneapolis is now helping 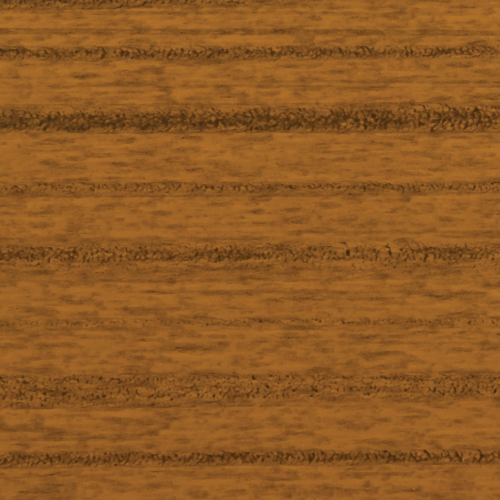 With a name that translates roughly from the Chippewa Ojibwe language as “live the good life,” the Mino-Bimaadiziwin apartment building in Minneapolis is now helping 110 American Indian families, primarily from the Red Lake Band of Chippewa Indians, do just that. The project was developed to address the severe housing shortage among the city’s American Indian citizens and provide added social support. Its façade features metal wall panels in a dramatic palette that also incorporates panels with a unique wood grain finish that ties the building to the tribe’s historic home in a reservation in the woods of Northwest Minnesota.

The apartment building, which also houses the Red Lake Nation Embassy, a childcare center and a wellness clinic, is constructed on what was previously the site of an emergency housing shelter at one end of Minneapolis’s Native American Cultural Corridor. In 2018, that shelter was, itself, a response to a significant homelessness problem. The Red Lake Band’s leadership decided a more permanent solution was needed to reduce the challenges of housing insecurity many of their people were facing in the Twin Cities area. That’s when they decided to build one of the first tribal-sponsored housing developments in the United States to both address housing shortfalls and add an anchor point for the city’s burgeoning American Indian community.

“The location of the project is within a larger cultural context – the client stressed the importance that the building be of its place,” says Jeremiah Johnson, senior associate with the local office of The Cuningham group, the project’s designers. “We were looking to create a building that offered a strong focal point for the cultural corridor, anchoring it where it crosses both Hiawatha Avenue and the light rail line.”

The building comprises two wings in a V-shaped arrangement. For the exterior, plans combined masonry cladding for the first floor with metal wall panels rising the rest of the building’s six-story height. Both the color and texture of the metal cladding act to break up what could have looked like a very boxy structure. Three-bay sections of matte black vertical flush panels alternate with similarly sized sections of nearly white ribbed panels installed horizontally, with the varied panel profiles and orientations enabling a play of light and shadow across the façade. At either end, stairwells are clad in vertical flush panels finished in a red-toned wood grain pattern that offers several layers of historical symbolism.

“These seven vertical elements are an abstract representation of the seven member tribes of the Red Lake Nation,” Johnson says. “For the wood-look elements, we chose a finish called ‘Super Douglas’ because it most closely resembled wood milled from the white cedar trees that are native to Red Lake Nation lands.”

Cuningham’s designers looked at several material types for the project, including fiber cement, but, in the end, metal panels won out due to several factors. “This project is a long-term investment in the community and our clients needed something that was durable, low maintenance and attractive,” Johnson says. “With great finishes and a variety of panel types, metal became the top choice. An additional advantage was that a single contractor could install nearly all the cladding, using the same details throughout, resulting in fewer opportunities for errors and a smooth installation.”

Petersen was the panel supplier for the project, which incorporated 21,000 sq. ft. of PAC-CLAD Flush panels in Matte Black finish and another 13,000 sq. ft. in the custom wood grain finish, along with 13,600 sq. ft. of PAC 7.2 Rib panels in Bone White. The installer, Progressive Building Systems out of Otsego, Minn., worked closely with Petersen personnel, including in the decision to specify a coil-coated finish instead of powder-coated.

“When the project was first bid, the only wood grain finish that Petersen had to offer was a powder-coated finish that would have to be applied after parts were fabricated,” says David Lage, project manager and estimator with Progressive Building Systems. This had the potential for causing delays while installers verified field conditions for their flashings. “David Mercer with the local Petersen office ultimately was able to offer a coil-coated product, so we could order flat sheet materials ahead of time and fabricate our flashings as needed.”

Johnson also has high praise for Petersen, a frequent supplier of choice. “I have always found the people with Petersen to be very helpful on our projects,” he says. “With the wide range of products and finishes, Petersen is always my first choice in metal cladding products.”

The project wrapped up in December 2020 and has already become the community anchor the Red Lake Nation’s leaders were hoping for, the architect adds. “I think everyone is happy with how the project turned out – it really serves the community well,” he says. “There has been talk of more development in the area, spurred by the success of this project.”