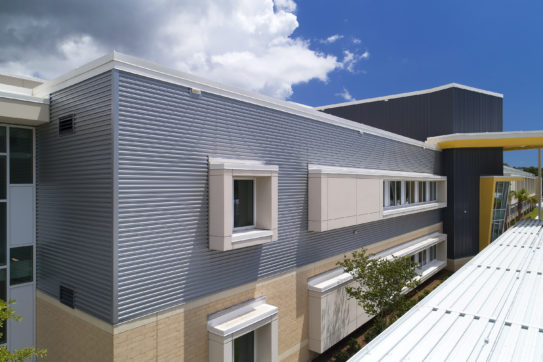 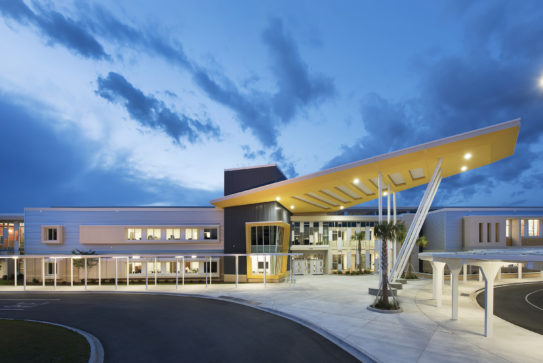 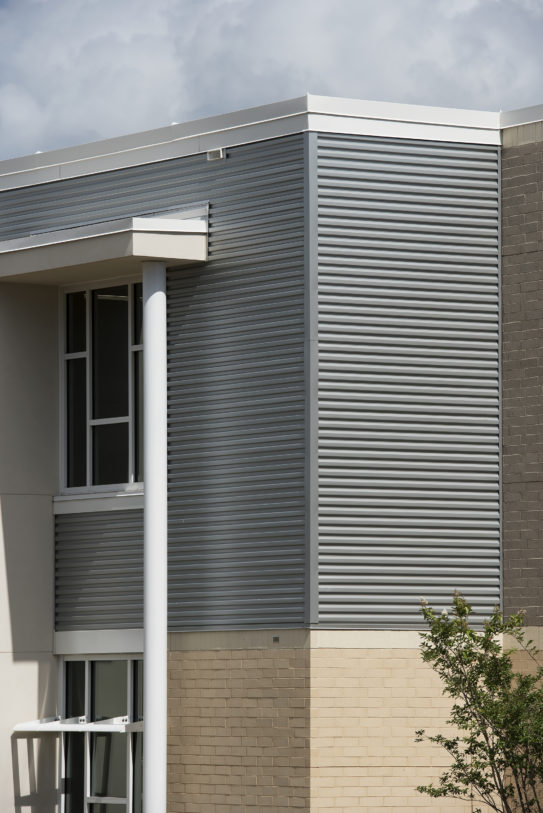 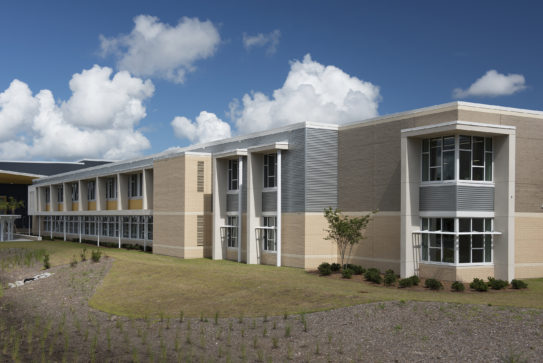 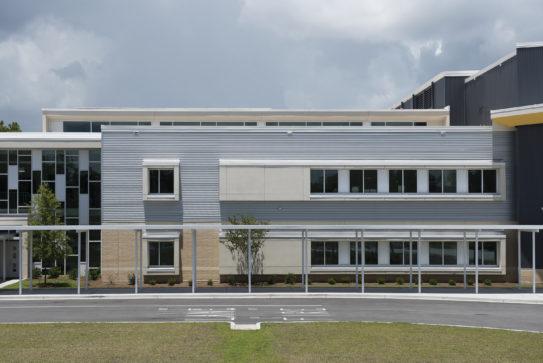 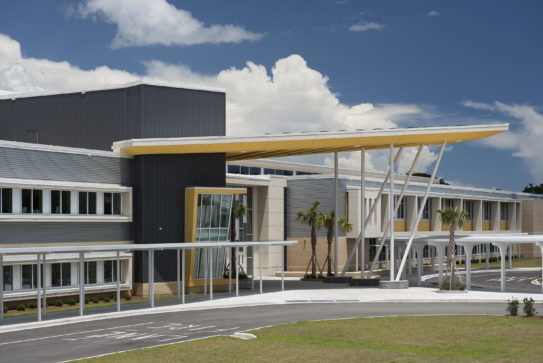 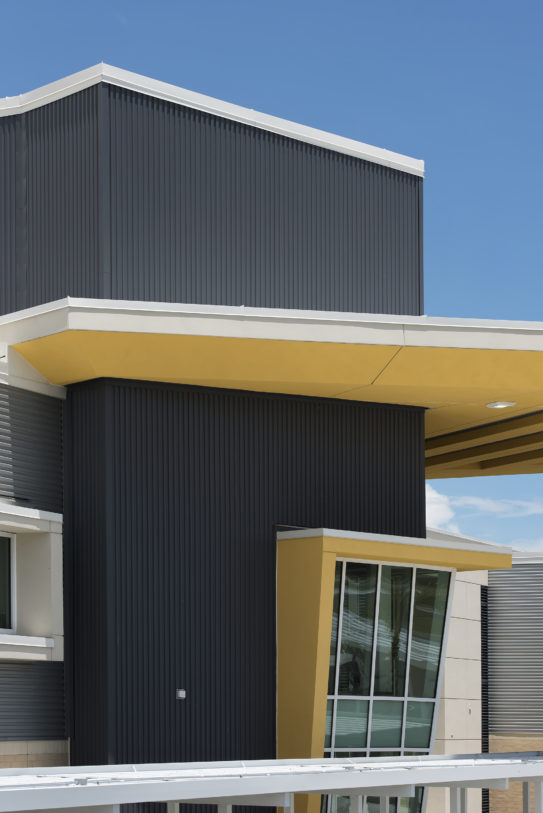 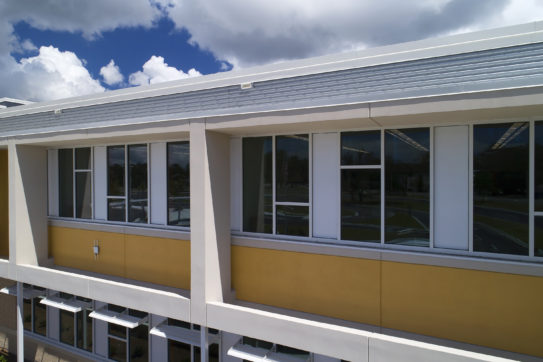 The new Myrtle Beach Middle School in Myrtle Beach, S.C., offers a vision of the future, in both its eye-catching design and award-winning performance. The school, like four other new elementary and middle schools opened in less than two years by the Horry County School District (HCSD), is engineered to be net-energy positive. This means the schools were designed to generate more energy than they use over the course of the year.

Designers mirrored that top-tier energy performance in their plans for a dynamic façade, punctuated by sharp corner angles, punched-out window shading and a dramatic entrance canopy sure to attract notice from all passersby. A bold color scheme created by broad expanses of PAC-CLAD Precision Series metal panels emphasizes this strong architectural statement.

“We felt we were creating a state-of-the-art facility. We wanted to create cutting-edge architecture to emphasize the cutting-edge approach of the school,” said Derrick Mozingo, AIA, senior partner and design principal with the hometown firm of Mozingo + Wallace, which designed the floorplans and exteriors of all five new schools in the HCSD system. “You don’t go by these buildings without noticing them.”

Mozingo’s firm was a key member of the design/build team that brought HCSD’s five new schools – including two other middle schools, an elementary and intermediate school – online in only 18 months. FirstFloor Energy Positive led the effort, with SFL+A as design professionals of record and Stantec doing interior design and programing work. Panel and roofing installer Spann Roofing also was on board from the start. That company’s president, Jimbo Spann, said the fast-track schedule kept his installers on their toes.

“It was a big undertaking. There was a lot of design going on throughout the project,” he said. “There were time periods when we were working on several schools at the same time.”

In total, Spann’s team installed more than 100,000 sq. ft. of PAC-CLAD 0.40-gauge aluminum HWP panels across all five schools, with colors chosen to highlight each facility’s athletic team’s colors. Mozingo said Petersen’s PAC-CLAD product supported both his budget and his aesthetic vision for the schools.

“It created a very affordable skin, and there was no other material out there that would create that look,” he said. “It gave us a surface that would weather well and gave us that architectural ‘tech’ look we were trying to achieve. We went through a number of studies to get what we ended up with.”

Mozingo said he and his team also counted on Spann Roofing’s expertise as they went through their studies. “We have had a relationship with Spann Roofing for 30 years,” he said. “They worked with us through the design process and were a large component of that process.”

For Spann’s installers, familiarity with the product and with Petersen also were big advantages. With its responsibility for the wall panels as well as roofing for all five schools, Spann Roofing depended on the kind of responsiveness to questions and schedule demands they knew Petersen could provide.

“Petersen was very helpful, making site visits and making sure everything was going well and that we didn’t have any questions,” he said, adding that the company also was critical in helping Spann keep up with HCSD’s aggressive timeline. “That took a lot from Petersen as well, in having the material ready on time. Without the material, we could have been in a world of trouble.”

With all five schools open, Spann now has had a little time to reflect on yet another successful project with Petersen and the company’s PAC-CLAD panels. “We know Petersen very well,” he said. “They’re like us – they do high-quality work and take a lot of pride in what they do, and it’s a top-of-the-line product.”