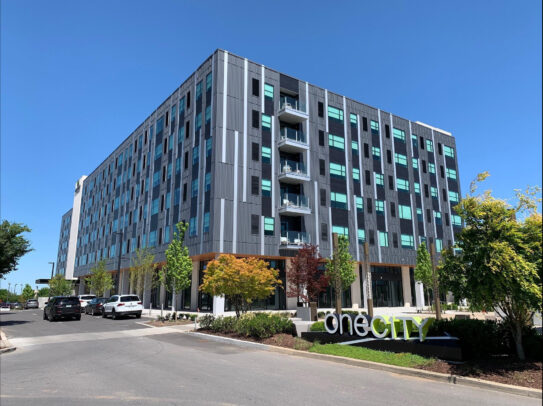 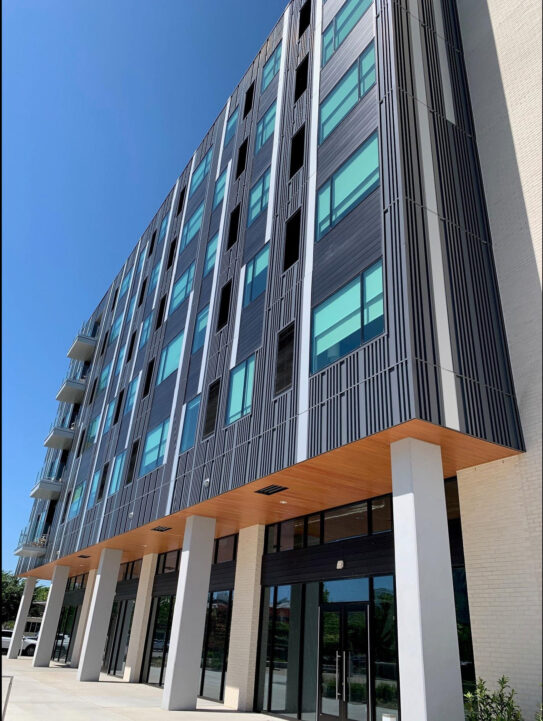 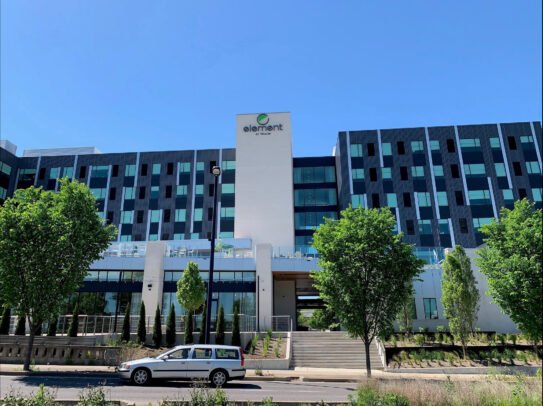 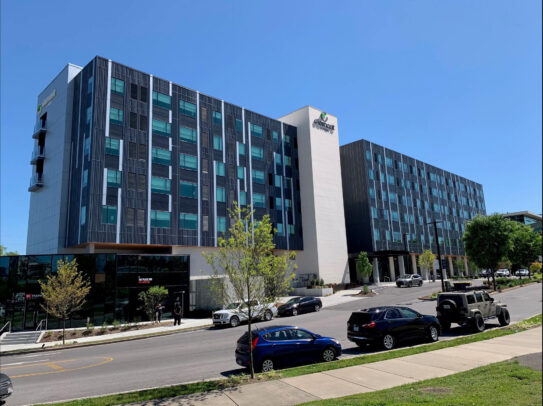 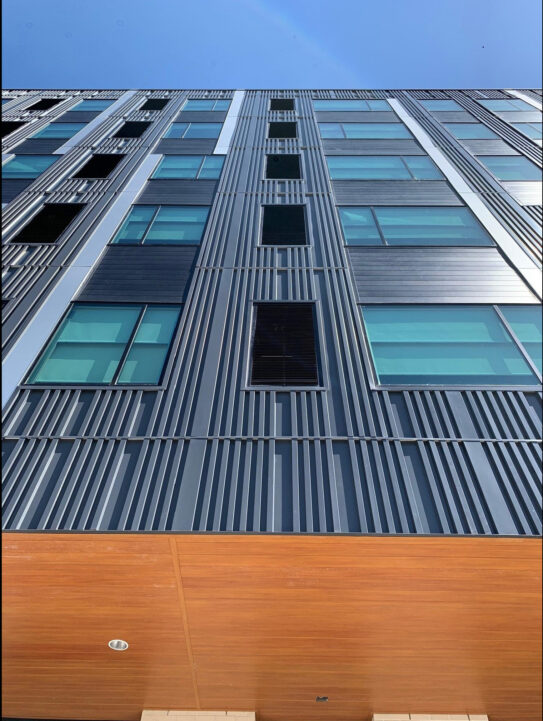 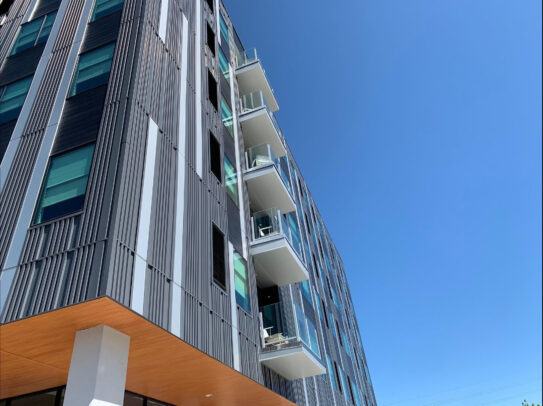 Nashville came out a big winner in the 2020 census, with the data showing a 20.9% population growth rate over the preceding decade. It’s also recovering well from the pandemic downturn, with researchers at one real estate financial software firm, Stessa, finding the city topped the list for economic growth in 2021. Developers of a new planned community, oneC1TY, are hoping to tap into that growth, and a new Element Hotel is helping them meet Nashville’s thriving tourism market. The hotel features a unique exterior that brings together four different metal wall panels in four different profiles to create a signature façade in the burgeoning development.

Located on what had been a warehouse district, oneC1TY is surrounded by Vanderbilt University and three different medical centers, along with a number of corporate headquarters and the city’s iconic Music Row. Within its bounds, it’s planned to include its own office buildings, retail shops and high-end rental apartments. Construction in the area is complicated, though, as experienced by the Element’s general contractors, the local firm Crain Construction and installers with Austell, Ga.-based Abrams Architectural Sales.  The building’s foundation required drilling 84 caissons 8 ft. to 20 ft. down to solid rock – and the construction team encountered multiple old, buried railroad ties in the process, reminders of the site’s former use as a lumber yard.

Building material delays related to COVID-19 also added difficulties, according to a Crain Construction report on the project. Because suppliers were challenged to maintain pre-pandemic delivery schedules, the building team worked with what they could get, even if it meant working outside their typical order. So, for example, because pavers and roofing were already in place when façade work began, wall-panel installers had to work from swing stages along one elevation, instead of the usual scaffolding and lifts.

For the majority of the wall panels, the team turned to Petersen’s PAC-CLAD Box Rib panels from the company’s Precision Series of architectural wall offerings. Designers specified a total of 26,800 sq. ft. of the panels, with the order spread across all four of the Box Rib line’s profile options. The .032-gauge aluminum panels all were specified in Petersen’s stock Charcoal finish.