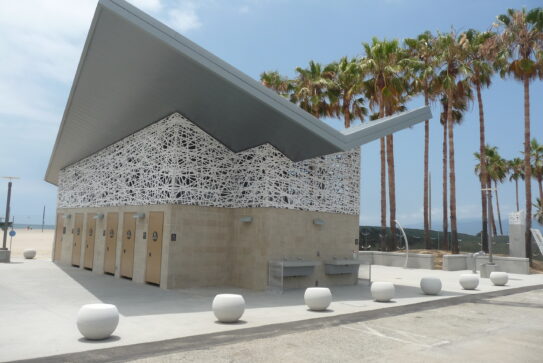 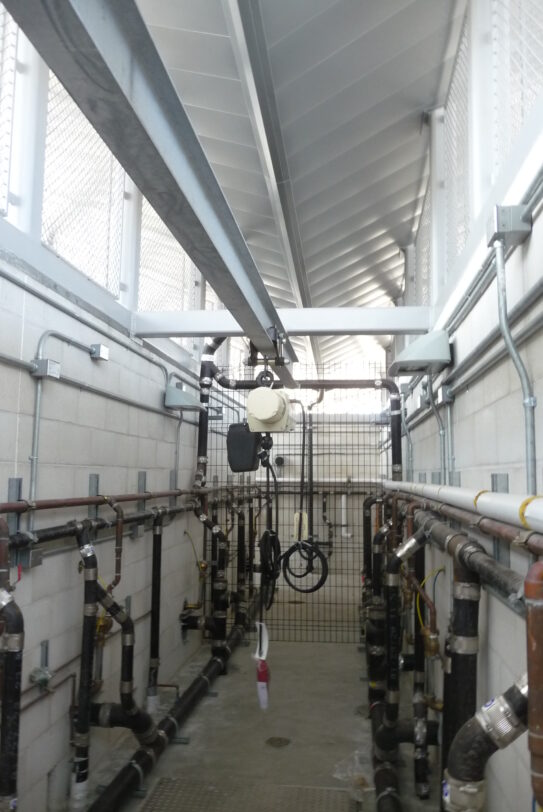 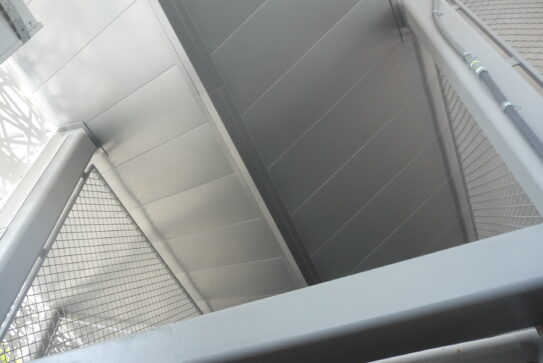 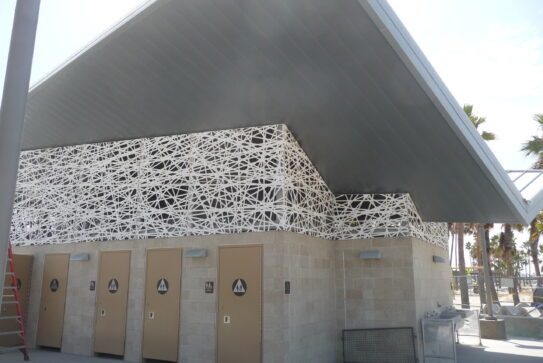 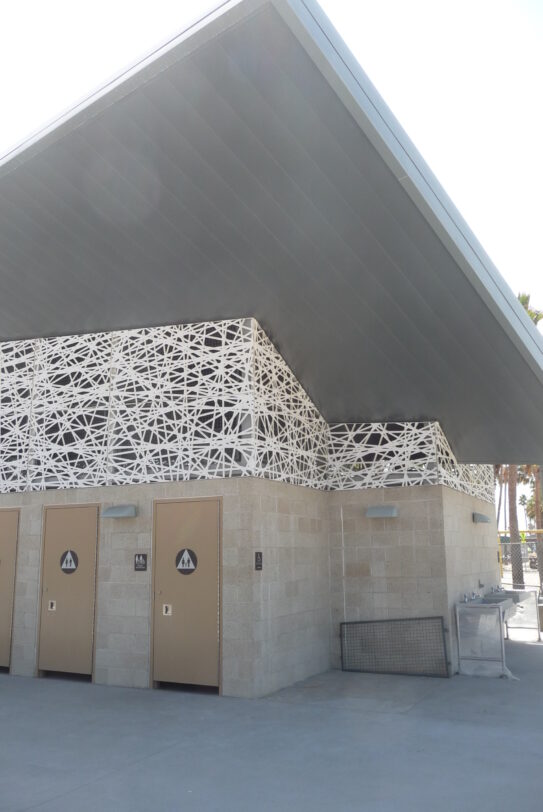 When it comes to designing public facilities in a prime tourist spot, architects can face a difficult challenge. On one hand is the desire to create something truly eye-catching for the signature location. On the other hand, though, is the need to address long-term maintenance concerns. A new structure housing public restrooms along the Venice Beach Boardwalk in California is a prime example of how both these goals can be met, through an innovative use of materials and a playful approach to the old adage about the importance of form following function.

The function in this case has to do with the two distinct populations the restrooms were designed to serve. The Los Angeles Department of Parks and Recreation, which oversees the boardwalk estimates 28,000 to 30,000 visitors daily, for a total of more than 10 million per year. The area also is periodically home to large numbers of unhoused people who can depend on public facilities like these restrooms. Designers with the Architectural Division of the City of Los Angeles’s Department of Public Works needed to devise a plan to serve both groups in their plans to replace a former restroom building that had fallen into disrepair.

The result is simple in plan but striking in its outline, featuring a gull-wing shaped roof that highlights metal wall panels used as a kind of soffit on the roof’s expansive underside. Filling the gap between the building’s concrete block walls (with an anti-graffiti coating) and the upswept roofline is white screening in an abstract pattern that looks like it could have come out of a can of Silly String. In addition to 10 unisex bathrooms, the $1.78 million facility also includes four exterior wash sinks and two outside showers, along with a drinking fountain.

To create the unusual roof, designers turned to Petersen, which supplied 2,000 sq. ft. of its 12-in. PAC-CLAD Flush panels in .040-gauge aluminum. The panels, installed by Fountain Valley, Calif.-based TN Sheet Metal, feature Petersen’s Zinc finish, to match the real zinc used to top the roof. With their strong corrosion resistance, the panels will be able to withstand the heavy saltwater exposure of the oceanfront installation for decades into the future.