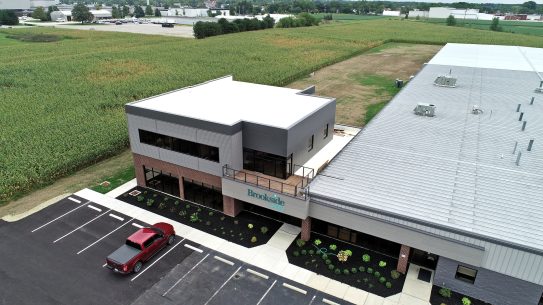 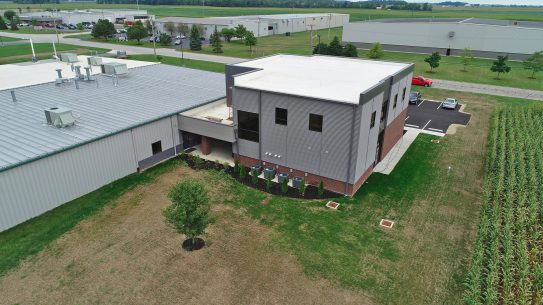 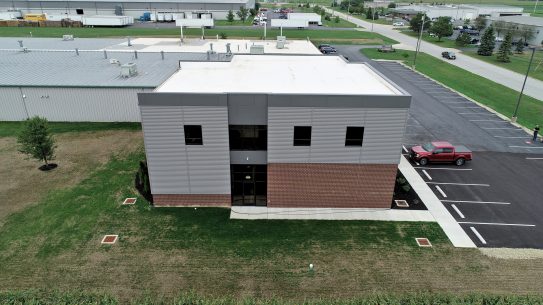 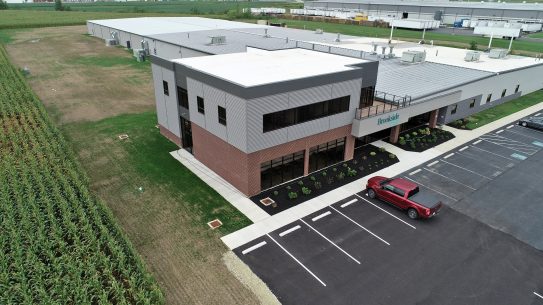 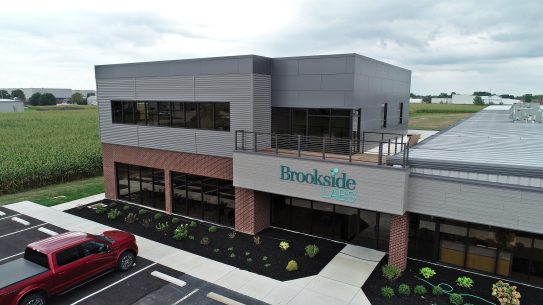 Soil-testing lab expands with style, thanks to metal panel system

Not many businesses can boast 80 years of continued growth, but Brookside Laboratories in New Bremen, Ohio, can do just this. Founded in a former smokehouse, the company has grown into an internationally recognized soil-testing resource. A recent expansion completed in July 2021 has nearly doubled the facility’s former footprint and added new office and conference space. Designers took pains to add a bit of style to the industrial structure with a contemporary pairing of masonry and architectural metal wall panels.

That first smokehouse-turned-lab was located on the founder’s farm in nearby New Knoxville, Ohio. It’s major selling point at that time was that it was “operated exclusively for the benefit of farmers and by farmers,” with services that included soil, feed, water and blood testing for dairy farmers seeking to enhance their production. Today, the company has grown into an internationally recognized soil-testing organization with consultants who now advise more than 2,600 golf courses around the world, including more than half of all PGA courses in the United States.

The added two-story office and conference wing creates a new corner entrance for the facility. While architects Freytag and Associates of Sidney, Ohio, opted for traditional brick for the first floor’s cladding, they turned to ribbed metal wall panels for the second-floor façade. The panels are installed horizontally to visually connect the addition to the rest of the front elevation.

Installation pros with the project’s general contractor, H.A. Dorsten Inc., in Minster, Ohio, specified Petersen’s 24-gauge steel Precision Series wall panels in the original HWP profile for the project. HWP is just one of twelve profiles available in the Precision Series lineup, which features a variety of rib patterns and two depths which are available perforated in aluminum. All Precision Series panels can be mixed with each other to create custom patterns to bring variety to any building façade.