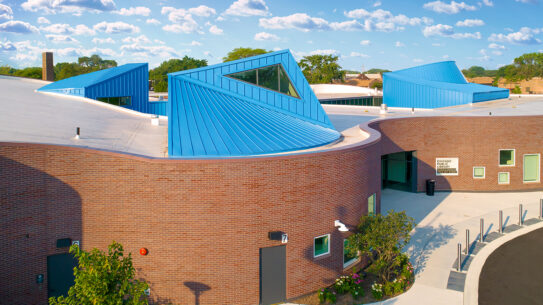 The Altgeld Gardens public housing complex on Chicago’s far South Side has a long history of both hope and despair. It was built to be a community within the larger city for returning black veterans 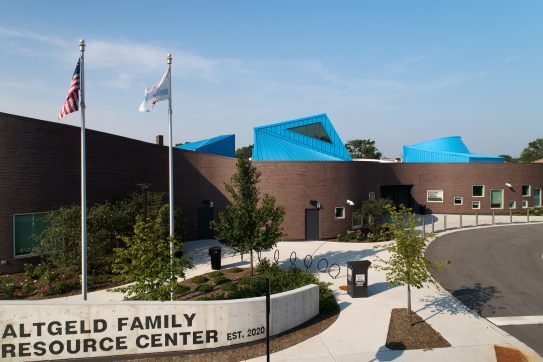 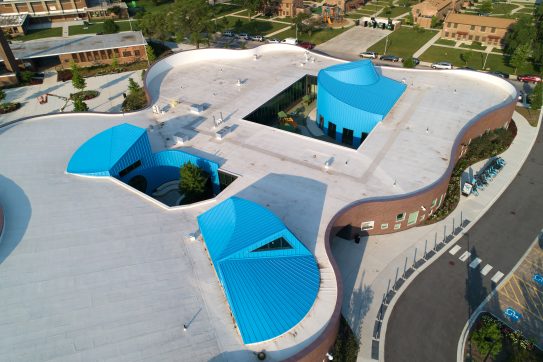 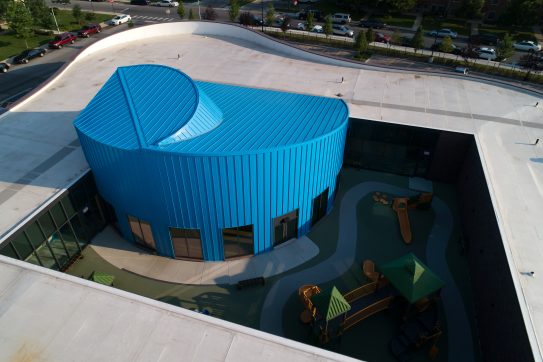 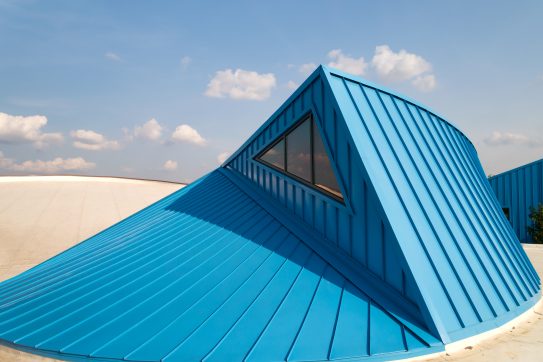 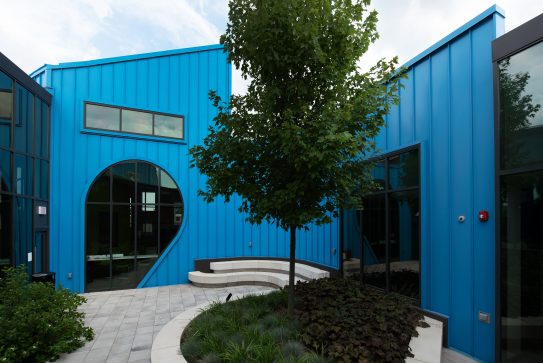 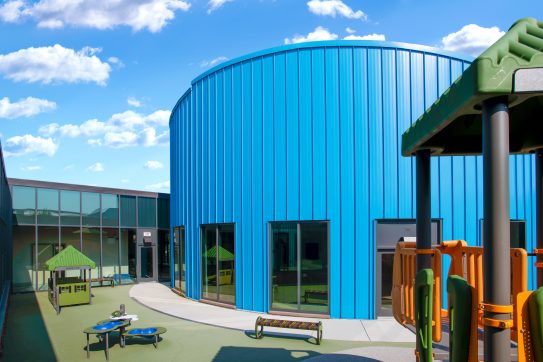 The Altgeld Gardens public housing complex on Chicago’s far South Side has a long history of both hope and despair. It was built to be a community within the larger city for returning black veterans after World War II, but severe environmental hazards in the area led to decades of health problems for its residents. Today, the city is working to revitalize the development, with efforts that include the recently completed Altgeld Gardens Family Resource Center as a new gateway facility. Its wavy façade and oversized windows emphasize a sense of welcome and fun that’s underscored in the design of two interior courtyards – those are clad in sky-blue metal wall panels that help bring the outside into the substantial building’s interior.

The original plans for Altgeld Gardens, completed in 1944, were the antithesis of what the term “public housing” often brings to mind. Instead of high-rise towers, its suburban-style streets were lined with two-story row houses featuring quirky gables. All those hard angles were complemented by the swirling profile of a retail center designed by the modernist Chicago firm of Keck & Keck. The eye-pleasing design was placed directly in the center of what came to be known as the nation’s largest concentration of hazardous waste locations, and residents’ health suffered severely. Their fight to force local and federal officials to address health issues in this low-income neighborhood is credited as a founding effort in the environmental justice movement.

With that history, it’s notable that the new family resource center is designed with sustainability at its core. It’s considered “net-zero ready,” meaning that, if the Chicago Housing Authority chose to pair the building with a solar array, it would be energy neutral. Designers with the local firm Koo wanted to ensure playfulness also was a part of the 40,000-sq.-ft. plan, which includes a Chicago Public Library branch, a childcare center offering pre-K education and a community center with meeting rooms. That’s where both the swoopy exterior and the interior courtyards/light wells come in.

To clad the courtyards, architects opted for metal wall panels, instead of the masonry that covers the public-facing exterior. The panels are installed vertically, which gives the confined areas a feeling of added height. Installers with the Streamwood, Ill.-based Progressive Dynamics turned to Petersen to supply its PAC-CLAD panels, in a custom Dynamic Blue finish – this team also handmade many of the panels in their shop from Petersen-made coil, so the long panels tapered according to the architects’ specifications.