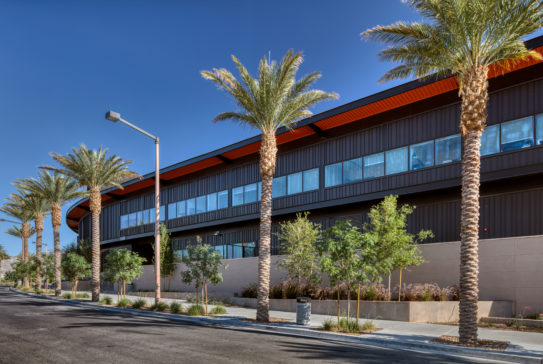 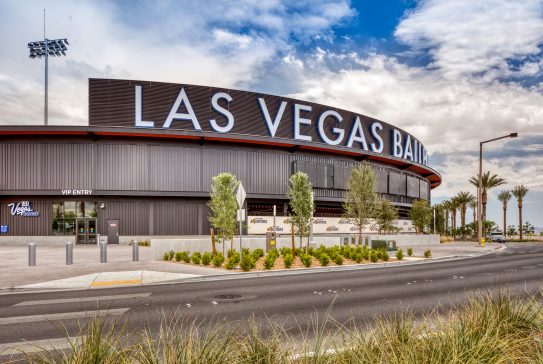 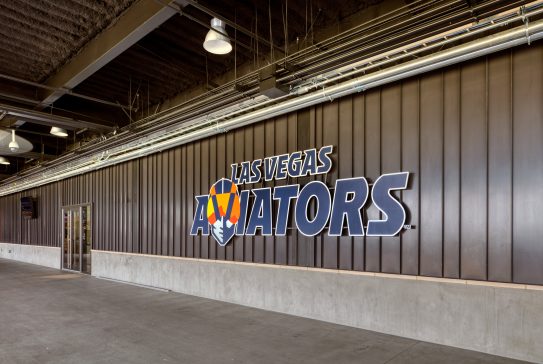 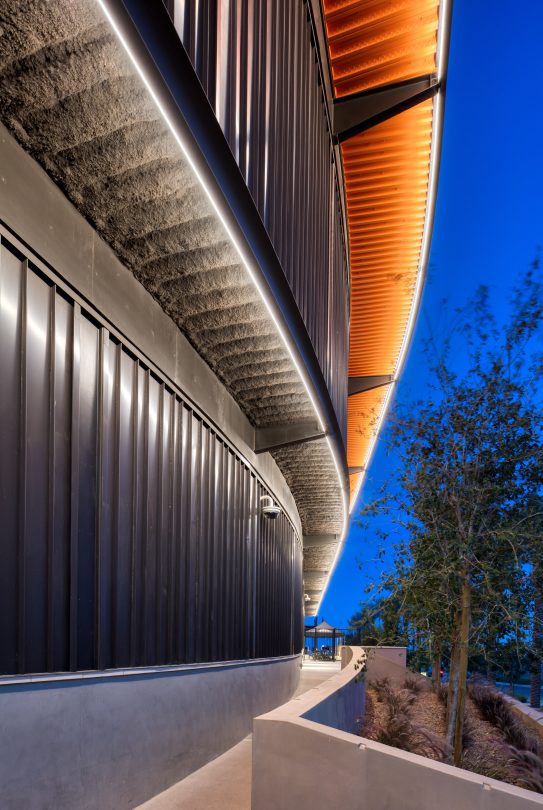 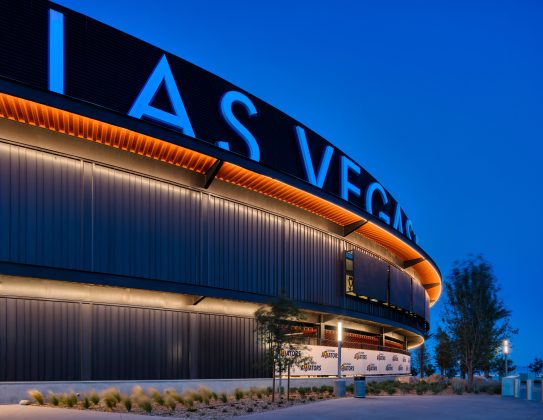 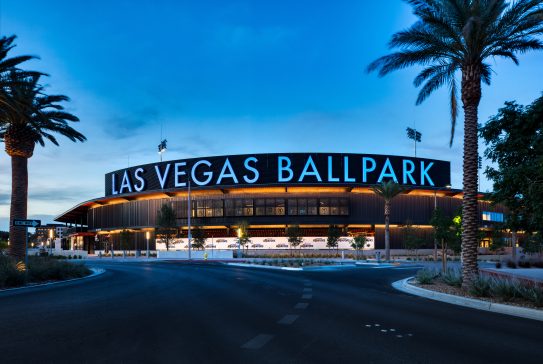 Minor league baseball has been in the middle of a building boom the past few years, as local communities and team owners are seeing value in raising the amenities level for their area stadiums. The Las Vegas Ballpark in Summerlin, Nev., home to the Triple-A Las Vegas Aviators franchise, is one of the latest entries to this list, with features that include a swimming pool, breathable-mesh seating and a 126-ft.-wide LED video screen. Its design draws inspiration from both the surrounding desert and the aeronautical history of its corporate owner, the Howard Hughes Corp.

Howard Hughes, himself, bought the 25,000-acre parcel that is now Summerlin in 1952, though development didn’t begin for the master-planned community until the 1980s, a decade after Hughes’ death. The $150 million stadium is a new anchor in Downtown Summerlin, a shopping, dining and entertainment district that opened in 2014. Fans first filled the new facility’s seats as the 2019 baseball season began. The local team, formerly the 51s, is also owned by the Hughes Corp. It was renamed the Aviators in 2019 with the stadium’s opening to honor that organization’s original aviation emphasis.

Devin Norton, project designer with the San Francisco office of HOK, the stadium’s architects, says he wanted his plans to recognize both the unique qualities of the site and the corporation’s history. “The materiality was split between a well-balanced base that reflected the earthy materials of the red rock canyon and Summerlin,” he says. “The upper portion of the design stems from light and airy materials that tie into the concept of aviation. A plane is an efficient, lightweight machine made of steel, glass and metal panels. This became the palette of the skin of the building, from the main concourse all the way up to the press box.”

Metal panels – specifically 31,000 sq. ft. of 22-gauge PAC-CLAD Snap-Clad steel panels from Petersen – were chosen to create the reference to the surrounding desert. The panels are from a line more frequently used for roofing and feature a custom Chocolate Chip finish. They also were installed in three different widths – 8-, 10- and 12-in. “We wanted to break down the module in a varied panel to reduce the overall scale,” Norton says.

For installers with the Las Vegas-based Southwest Specialty Contractors, the panels’ positioning and unique wall application required extra attention to detail. “A typical layout was given, with repeat patterns, and all flashings were fabricated locally from flat sheets of the same material,” says Alex Laws, a senior project manager with the company. “It was a bit challenging with sealing the system properly, because the architect specified a roofing panel in a wall condition.”

The finished stadium has drawn raves from fans of both baseball and architectural design. The website BaseballParks.com named it best new park of 2019. It also was named Ballpark of the Year by Ballpark Digest, which also gave the title Team of the Year to the Aviators.

“It’s a top-tier ballpark, and we are proud of what we accomplished,” Laws says, who also gave a shout out to others on the project’s building team. “We were only able to do this with a great client and contractor in the Howard Hughes Corp. and Hunt Construction. Both have such a high standard for design, fan experience and player experience.”