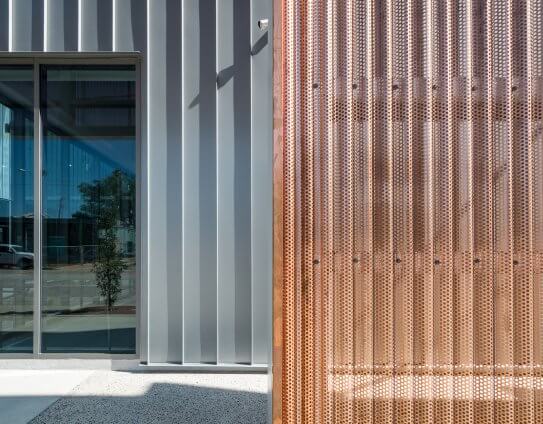 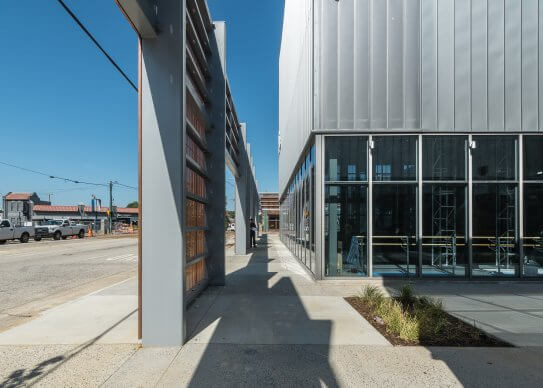 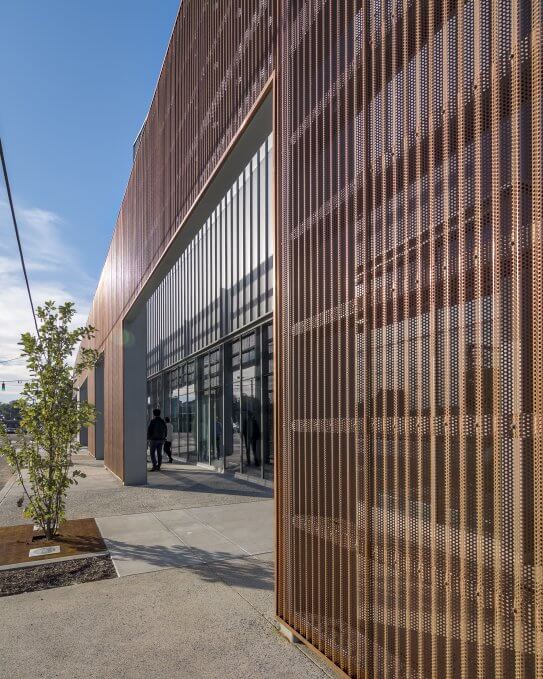 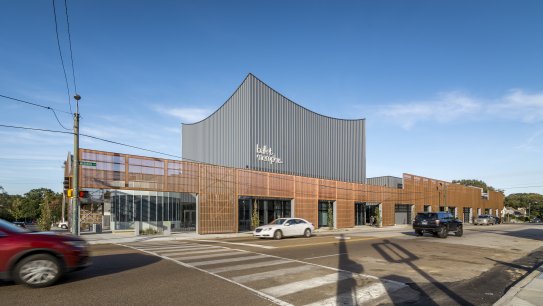 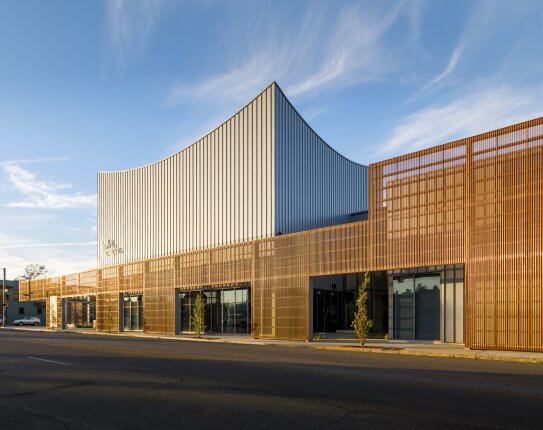 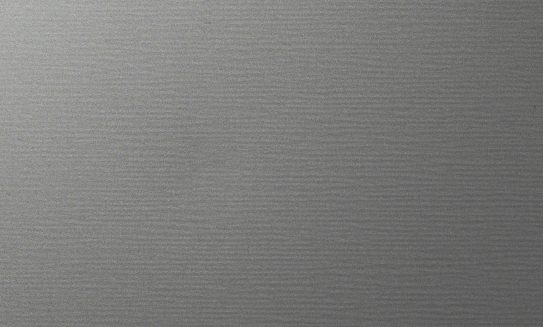 Ballet Memphis had outgrown its suburban space and sought to move closer to the heart of the city in a new facility. When the opportunity arose to relocate to the Overton Square entertainment district, Ballet Memphis leaped at the chance. Its new 44,000-sq. ft. facility nearly doubles the company’s previous space and is truly one-of-a-kind with its dazzling perforated, corrugated copper screen.

The building is designed to engage the public in movement, culture and connection to the community. It houses rehearsal space for the professional ballet company, a dance school for 200 children, community classrooms and administrative space. The largest rehearsal studio also doubles as a performance venue.

The exterior form is composed of layers of glass and volumes of contrasting metal that emulates a music box. Highlighting the architectural design created by archimania in Memphis is more than 20,000 sq. ft. of Petersen’s PAC-CLAD 7/8-in. Corrugated copper panels—half of which are perforated. The dramatic façade also includes 23,000 sq. ft. of .032 aluminum Snap-Clad standing seam panels installed vertically to function as wall panels behind and above the copper corrugated panels. The Snap-Clad Panels were finished in Petersen’s Cool Color Metallic Zinc.

“The perforated copper screen sits at the historic street edge—enhancing the urban experience within the entertainment district—while complying with city codes and setbacks,” said archimania principal Todd Walker. With a 7 ft. walkway space between the signature screen and studio windows, passers-by are able to view and engage with the activities within.

“We settled on the idea of a street-side screen early in the process,” Walker said. “And the use of copper related well to the many older homes in the district that have copper elements. In this case, copper is not only a natural material but a historic material used in a modern way.”

The vertically installed Snap-Clad aluminum panels also played an important role in the exterior design. “We liked the idea of breaking up the mass and scale of the large building by using two different materials,” Walker said. The lower, street-level portion of standing seam panels were perforated as well to allow light and sight into the structure.

Installation of all PAC-CLAD profiles was completed by Ralph Jones Sheet Metal in Arlington, Tenn. “This was an unusual project,” said Gordon Jones, president. “The use of both solid and perforated corrugated copper was highly creative. We coordinated with the design team throughout the process.”

The vertically installed aluminum Snap-Clad panels ranged from 41 to 51 ft. in length. “Installing vertical panels of that length is always a bit of a challenge,” Jones noted. Additionally, a limited amount of PAC-CLAD Tite-Loc Plus panels was used on the flat roof portion of the building.

Ralph Jones Sheet Metal is a long-time user of Petersen’s PAC-CLAD products. “The vast majority of metal panels we buy is PAC-CLAD. They’re great products and we virtually never have a problem. If we do, Petersen takes care of it. We’re a loyal company and always feel we’re treated fairly.”

Architect Todd Walker was complimentary about the work done by Ralph Jones Sheet Metal. “We use a lot of metal on buildings,” Walker said. “The attention and craftsmanship that Ralph Jones puts into the jobs we do with them is outstanding. That’s an important factor in creating the high-quality look we always strive for.”

“We wanted to make the project dynamic and energized,” Walker said. “The copper screen looks more solid during the day and perforated at night when lights are on behind it. Plus, the varying angles of the sun makes the copper ever-changing. And the natural patina process will change it further over time as well. I think copper adds an element that may be more dynamic than any other metal material we have used.”

“Dance and architecture share a focus on movement, space and time,” Walker continued. “Celebrating these disciplines through this civic project enhances the growing Overton Square district as well as the residential neighborhoods around it.”