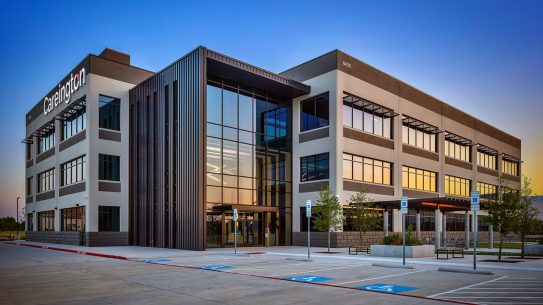 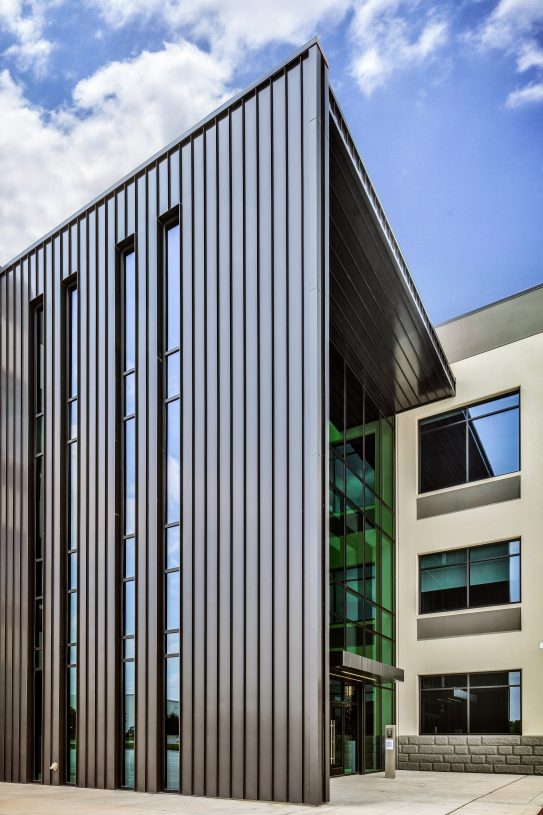 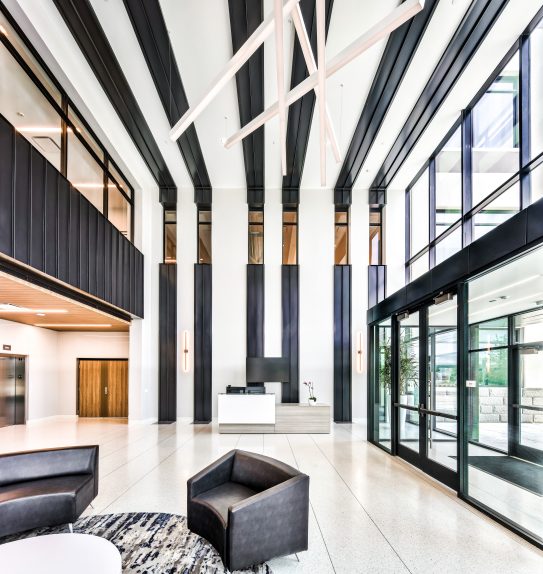 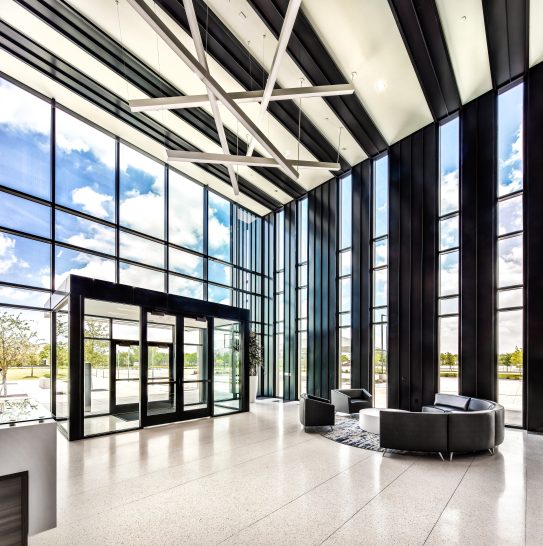 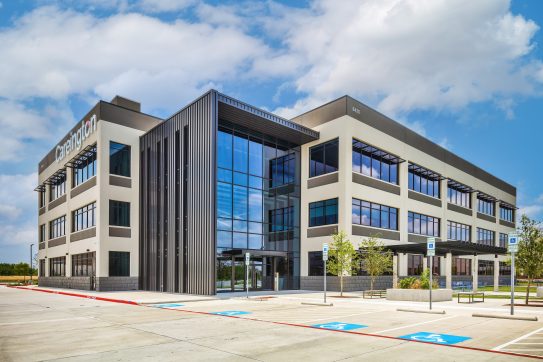 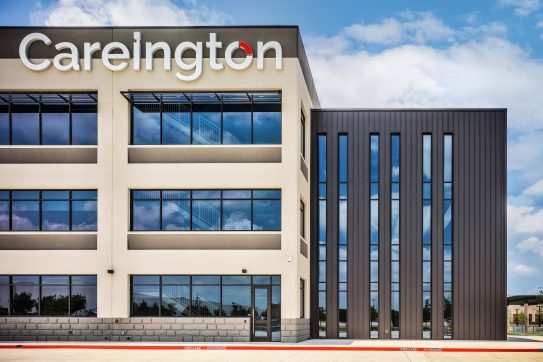 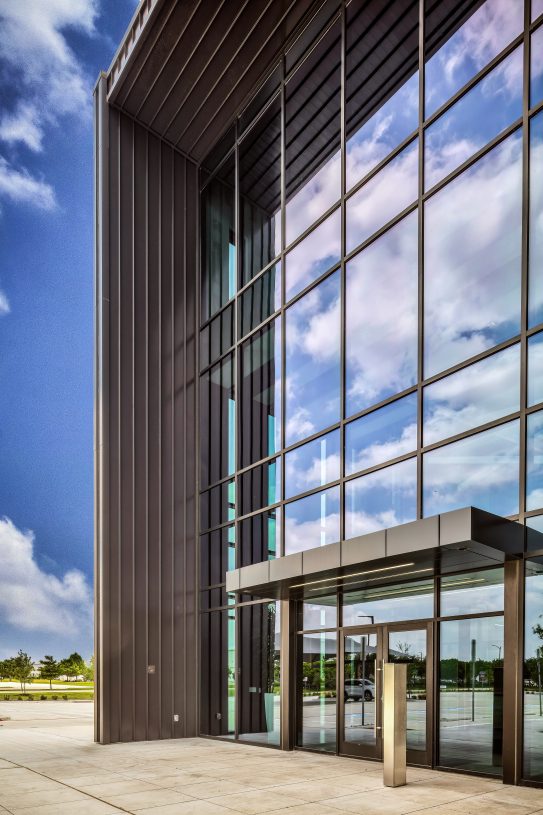 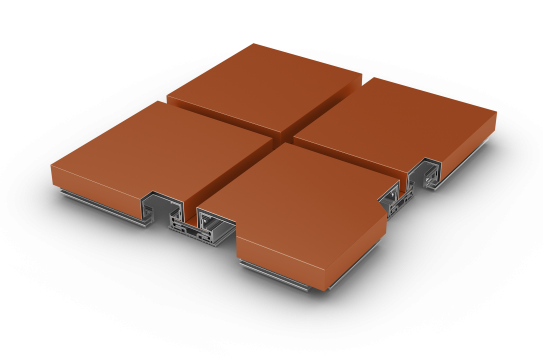 The U.S. Census Bureau declared Frisco, Texas, the nation’s fastest-growing large city after 2020 census results showed its population had jumped by 71% compared to the previous decade. But the city isn’t just gaining new residents, as billions of dollars in commercial investment has flowed into its boundaries in the last decade, as well.

Medical and dental insurance provider Careington International has grown in parallel with the hometown it adopted in 2001, with an employee base that has jumped from 60 to more than 400 during the past 20 years. This dynamic performance is illustrated in the dynamic design of its new 75,000-sq.-ft. Frisco office building, which literally brings the outside in, through an unusual application of metal roof panels.

The new facility is the third for Careington and its subsidiary DialCare, which offers telemedicine services, within Frisco’s city limits. It houses several teams, including a customer-service call center, sales personnel and several other departments. When it opened its doors in April 2021, employees were greeted with a dramatic entry that adopts vertically hung standing-seam metal panels – more commonly seen on roofs, not walls – as both exterior cladding and an interior design element for the soaring lobby.

The bronze-tone panels serve at least a couple purposes in the plans created by the Dallas office of Merriman Anderson Architects. On the exterior, they combine with a geometric glass curtain wall installation to create a signature entrance for what otherwise could be a standard, 3-story, corporate campus office building. In the lobby area, they wrap around exterior-side columns to develop a connection with the outside. On the opposite interior wall, they’re placed between the columns and, after a break for a row of interior windows, continue up and across the ceiling, with the seaming contributing a simple-yet-dramatic decorative flourish.

Mark Standifer, project manager with the installation firm King of Texas Roofing, based in nearby Grand Prairie, Texas, had experience using metal panels in interior applications. He says such jobs require an added attention to detail.

“When performing interior work, our priority is to keep the trim and flashing super tight, with no exposed metal edges – our biggest challenge was making the panels fit the 2-ft. and 4-ft. spaces” between the columns, he says. And, his team also had to address the ceiling panels, to ensure they were able to maintain the clean lines called for in the design. “The interior ceiling panels have no oil canning or fish belly.”

To supply the metal panels, King of Texas opted for Snap-Clad Panels from Petersen, in part because the product’s 12-in. width fit neatly into the between-panel spaces without the need to cut them onsite down to size. In total, 6,000 sq. ft. of 22-gauge steel panels were specified in a custom Midnight Bronze finish for the exterior and interior walls and for exterior soffit. An additional 350 sq. ft. of Petersen’s composite panels were used to clad the interior and exterior framing of the building’s entry vestibule.

While Standifer says no added assistance from Petersen was needed for this project, he has turned to the company’s pros for help on other jobs. “On projects where I have consulted Petersen, I have received valuable information that proved useful. If the issue was something no one had seen before and no answer was immediately available, someone at Petersen put in the time and research to get us a solution.”