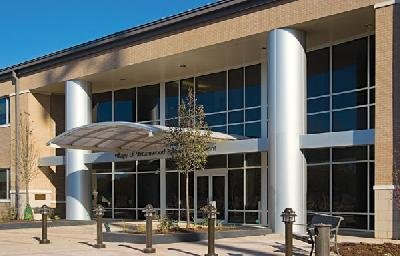 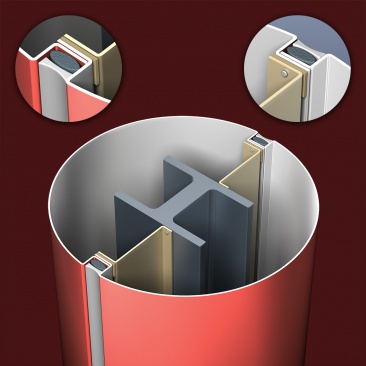 Petersen metal column covers and beam wraps played a key role in the design of the new City of Streamwood Police Department building in Streamwood, IL.  The building is part of a municipal campus that includes the Village Hall and Veterans Memorial.

According to Raymond Lee, principal in charge, Sente Rubel Bosman Lee Architects, Deerfield, IL, “Even though the structure was larger, the goal was to keep the new police department building ‘small’ so that it didn’t overshadow the adjoining Village Hall.  Complementing the Village Hall without overpowering it was a very important objective.  Our design response was to utilize simple, clean lines on the new building and create a distinguished, welcoming entrance that would be the main feature of the building.”

“The columns have a lot of visual impact,” according to Lee, “and they are quite durable.  We also used beam wraps to interface with the column covers to tie the look of the front of the building together.  The design brings your eye to the entrance rather than the massiveness of the building.”

Installation of the Petersen column covers, beam wraps and metal roofing was done by All American Exterior Solutions, Lake Zurich, IL.  The general contractor on the project was Mortenson Construction, Minneapolis.