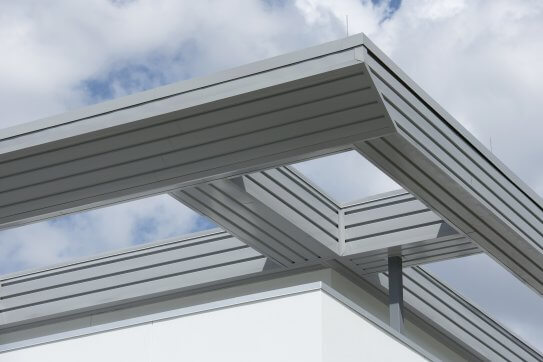 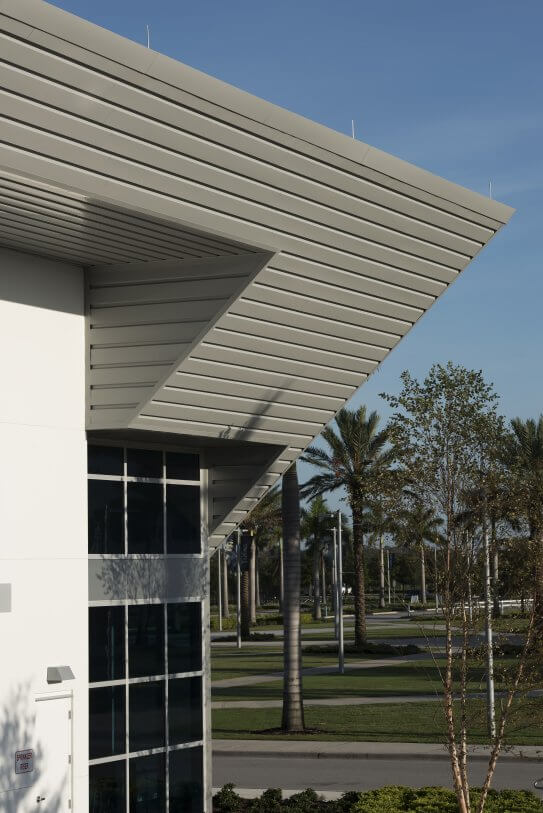 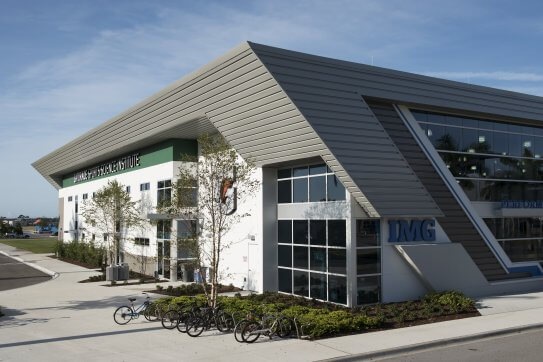 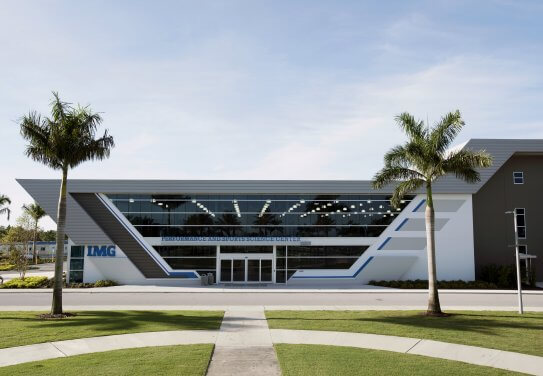 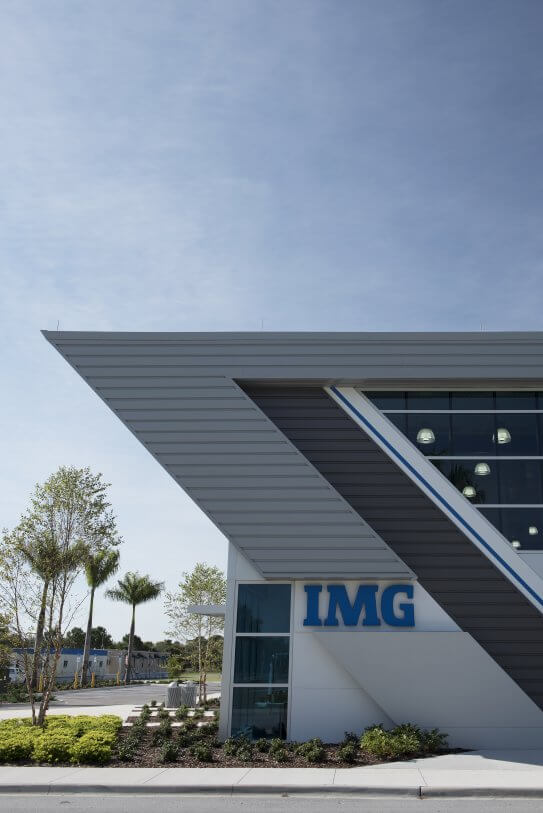 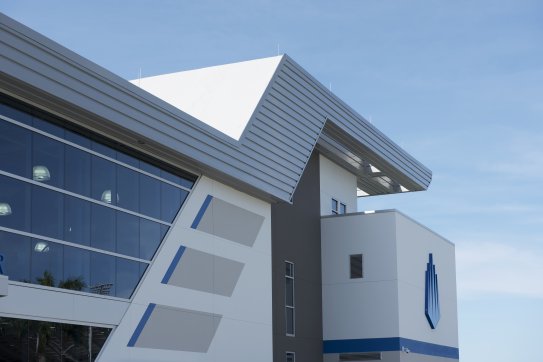 Designed by Fawley Bryant Architecture in Sarasota, Fla., the 65,000-sq.-ft. Performance Center highlights the expanding campus in the master plan created by the firm. The Center’s north façade, which overlooks and anchors the campus’ main plaza, integrates a prominent glass façade with Petersen’s Precision Series Highline S1 Panels. Approximately 8,500 sq. ft. of the Highline S1 aluminum PAC-CLAD panels finished in Cityscape were installed on the building.

“The campus is truly world-class,” said Stu Henderson, director of design at Fawley Bryant Architecture. “The Academy is recognized for its innovative, ground-breaking work and we try to reflect and celebrate that in the design of their buildings.”

The use of metal was a conscious choice by the design team in the early stages of planning for the hallmark building. “We wanted the building to have muscularity and strength and also be sleek and graceful. We pictured those attributes as the things that create a balanced athlete,” Henderson said. “The PAC-CLAD panels really helped accomplish that. And the linear nature of the panels communicates the feeling that the building is in motion or has motion. The use of the metal panels was a very important component in the design of the building.”

Installation of the PAC-CLAD Highline S1 Panels was accomplished by Sutter Roofing in Orlando. Several aspects of the design were quite challenging from an installation standpoint. “The sharp corner on the east end of the building required a lot of effort,” said Kirk Bauer, project manager at Fawley Bryant Architecture. “After the design team incorporated the knife-edge look in the plans, we consulted with Sutter Roofing and the general contractor, Tandem Construction, about how to make it happen. We actually ‘reverse engineered’ the system by solving the knife-edge first and then created the rest of the framing for the facade from that point.”

In addition to the Highline S1 Panels and glazing, the material palette includes a substantial amount of painted concrete block. “Clients trust us to strategically allocate their budgets to the areas most crucial to design objectives. We felt it was important to spend money on the large north-facing glass, showing the activity inside,” Henderson said. “The metal façade was also critical to the design, and being strategic with resources allowed this feature to become a reality.”

Petersen was not originally included as the metal panel provider for the project. The planned competitive manufacturer unexpectedly closed a plant, leaving the architect and GC in the lurch. “We were really in a pinch and had to scramble to find another architectural panel that had the qualities we originally designed with,” project manager Kirk Bauer said. “Petersen had the best product for the application. It’s stable and sturdy. It doesn’t oil can or show weakness. It’s a great product.”

Director of Design Stu Henderson concurred. “We may not have come across Petersen right off the bat but they responded wonderfully to the challenge when the opportunity presented itself and really did an excellent job. Between Sutter Roofing, Petersen and Tandem Construction, it was a good team. We’re delighted with the way the building looks.”

The PAC-CLAD Highline S1 Panels were manufactured at Petersen’s plant in Acworth, Ga. The distributor on the project was ABC Supply in Orlando.

Highline S1 Panels can be installed horizontally or vertically and are available in multiple rib patterns that provide a variety of looks and design options.