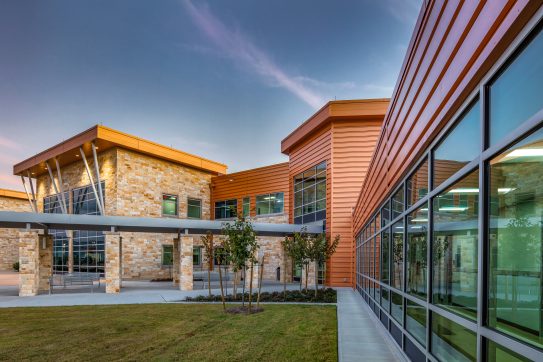 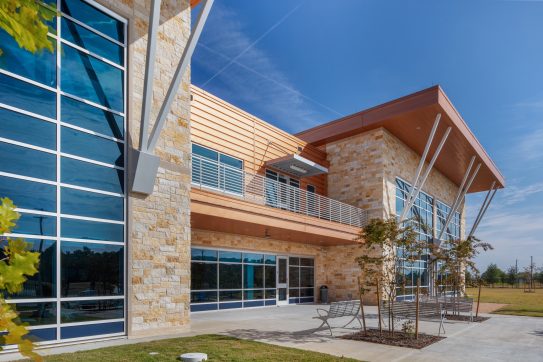 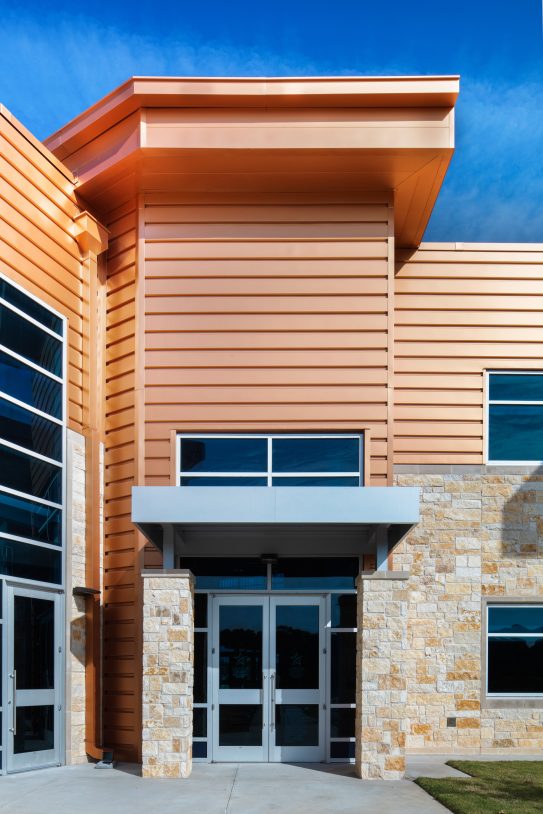 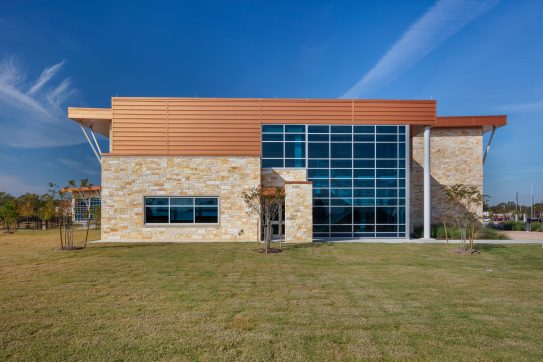 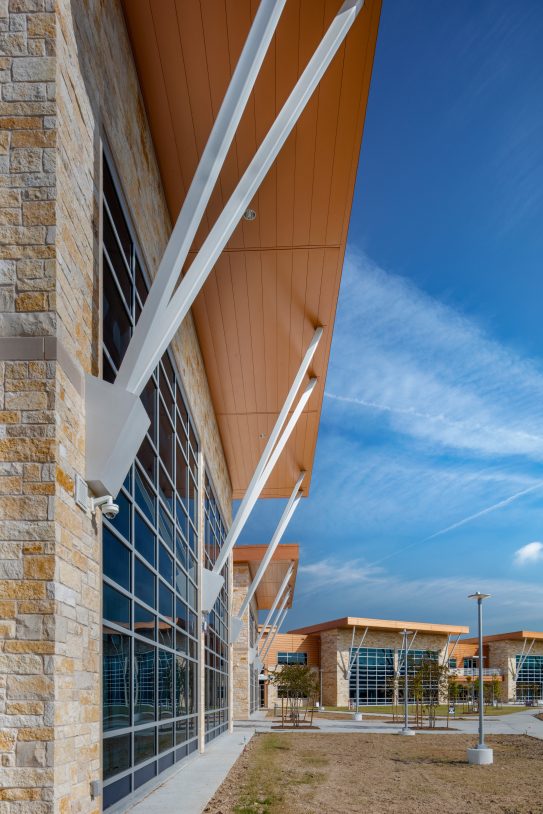 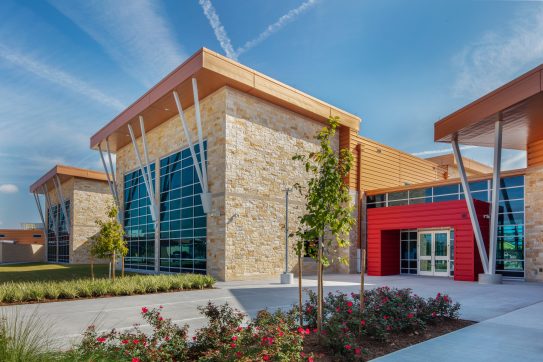 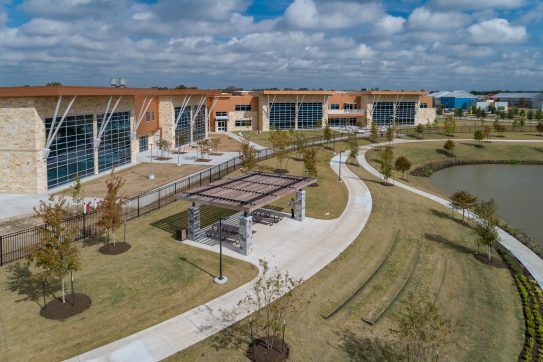 Community colleges play an important role as both education resources and as gateways to additional higher education opportunities. Many have started partnering with local secondary schools to help students get a leg up, with programs for earning college credits before they’ve even earned a high school diploma.

The Lone Star College system, with multiple campuses in the Houston metropolitan area, takes this approach a step further with its own onsite technical high school named the East Aldine Satellite Center. The 64,000-sq.-ft. facility features a contemporary design with a restrained palette of façade materials, including eye-catching metal panels in two distinctive finishes.

Designers on the project, including lead firm IBI Group and the Houston-based Collaborate Architects as design and associate architects, worked with materials guidelines provided by local government officials in their plans for the combined building’s exterior. Stone, metal panels and glass were highlighted in those guidelines for the college, and became included in the high school as that facility grew to be more closely connected to the larger structure.

The 15-acre campus is part of a larger, 50-acre development envisioned to include office space, retail and a community amphitheater, so designers wanted the school to feature a signature, anchoring exterior, to “project permanence for the surrounding community,” Mollard says. This led to a three-part arrangement of natural stone up to the sill of the second-floor window openings, followed by a course of smooth cast stone that transitions to smooth metal panels that became the soffit and fascia for roof overhangs. Metal wall panels also help call out some of the exterior corners.

“The metal panels gave us a crisp, smooth surface and edge that offset and contrasted with the randomness of the stone,” Mollard says. “They also provided an opportunity for additional color in the façade.”

IBI’s designers specified Petersen’s PAC-CLAD architectural cladding for all the metal work, which included three separate products from the company’s line-up. Approximately 20,000 sq. ft. of Precision Series panels in the Highline S1 profile were used for the walls, while another 18,000 sq. ft. of Flush panels were used for the roof overhang’s soffit and fascia, all of which were 22-gauge steel in a Copper Penny finish. Another 800 sq. ft. of .050-gauge aluminum Highline S1 panels in a red finish were used to create the freestanding sign kiosk for the school.

Houston-based PRC Roofing Co. installed all the metal, along with the school’s flat membrane roof. Vice president Tony Delgado, who runs the company’s sheet metal division, says he guided the decision for the switch to aluminum for the kiosk’s panels. “Aluminum does better if you’re using a color like red – it tends to pop. Also, I wanted to use something thicker, so when people brush up against it, it won’t dent.”

Delgado points out that PRC Roofing is a family affair. His father, Daniel, founded the company and is still its president, while his brother Andrew runs the flat roofing division, which installed the school’s membrane roof. He says that managing both sides of the school project kept the company busy. “We had quite a few people out on that project every day – it was one of the better projects we’ve done lately.”

Public opinion on the finished effort has been overwhelmingly positive, Delgado says. “It’s been great; we’ve gotten great reactions to it,” he says, offering compliments to the design team, as well. “Their vision was good – it came out looking beautiful.”

The East Aldine center is the third such collocated facility in the Lone Star College system, incorporating the Rose M. Avalos Pathways in Technology Early College High School along with associate degree programs in inspection and welding technologies plus entry certificates in heating, ventilating, air conditioning and refrigeration. High school students can earn up to 60 college credit hours along with their diploma.