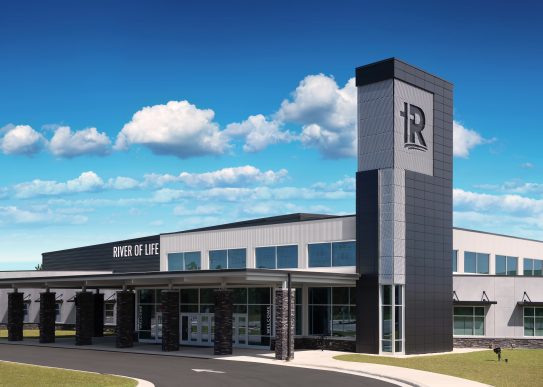 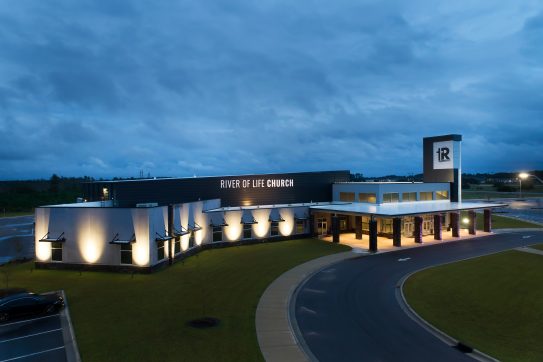 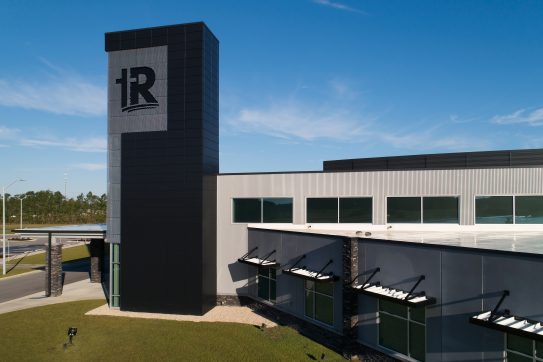 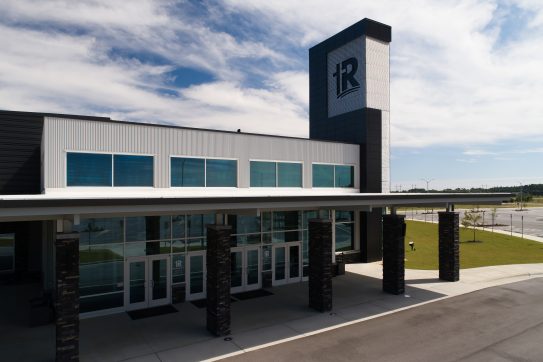 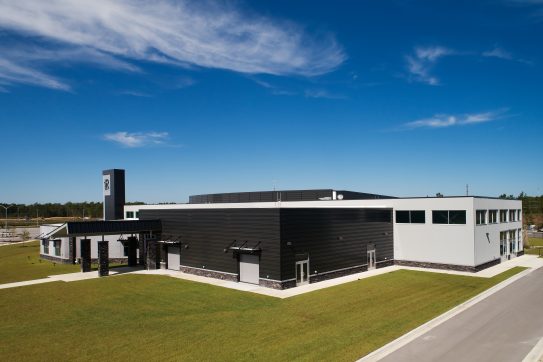 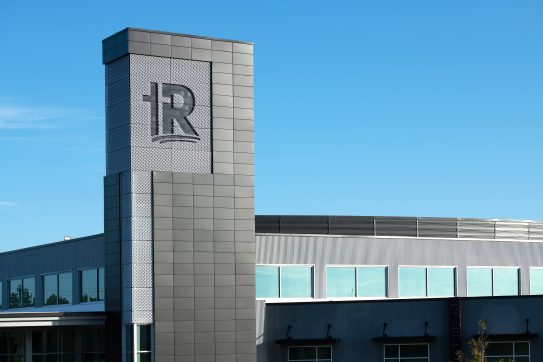 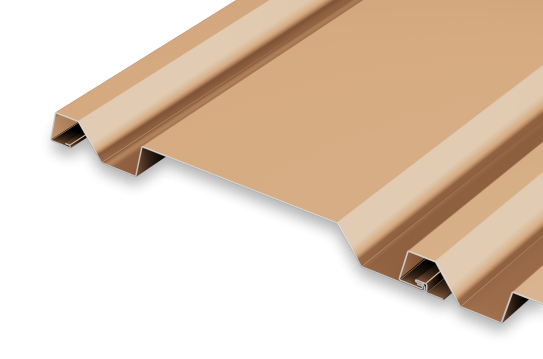 With their median age of 22.7 years old, the youthful residents of Jacksonville, N.C., earned the city the title of the youngest in the United States, according to 2018 U.S. Census figures. So, churches interested in attracting these residents – many of them Marines and their families from nearby Camp Lejeune – need to strike a more modern note. This approach certainly helped guide the design of the new River of Life church, with its façade of precast concrete and three styles of metal wall panels in a minimalist palette of black, gray and mottled browns.

The church began its several decades of growth with 60-80 members in 1992 and expanded quickly from a storefront worship space to a dedicated church. With that building bursting at its seams, it began construction of the new 63,000-sq.-ft. facility. More than 900 people attended its opening.

“They were a church that was growing significantly and were stuck in a small building,” says Russ Woods, AIA, principal architect with Dunn & Dalton Architects, the Kinston, N.C., firm that designed the project. “They wanted to make a big move to a larger site with flexibility for future expansion.”

Set on an 18-acre site, the church certainly has room to grow, now, but its leaders also wanted this first structure to make a strong visual statement. “This is the youngest city in the U.S., so they wanted something contemporary and striking on the exterior,” Woods says. When it came to choosing finishes, the clients wanted a less-is-more approach. Since they’d already expressed a preference for precast, Woods’ team opted for a simple gray-to-black spectrum, with metal panels in both colors and three profiles.

“The metal panels fit in with the aesthetic they were after,” Woods says. Petersen was the supplier for the vast majority of the metal products used in the project. This included 16,000 sq. ft. of PAC-CLAD Highline B-2 panels with a Matte Black finish, 12,000 sq. ft. of 7/8-in. Corrugated panels in the gray Cityscape finish, and 4,000 sq. ft. of pencil-ribbed Flush panels also in Cityscape.

The Flush panels were used as background for the tower-like signage at the church’s entry. The two non-flush profiles were used along flat wall expanses, with the Matte Black Highline B-2 panels helping to call out the large volume of the interior worship space. The 7/8-in. Corrugated panels, with their more monolithic appearance, were used on the exteriors of the windowed gathering spaces.

“It’s a really long element that cuts through the whole building and is punched with a lot of windows,” Woods explains. “My thought was, it doesn’t need a lot of texture.”

As another twist on the panel specifications, the Highline B-2 panels were ordered in 22-gauge steel, while the Corrugated and Flush products were fabricated from .040-gauge aluminum. The design team, including installers with Raleigh, N.C.-based Advanced Exteriors and general contractor C.A. Lewis determined a more rigid product was required in the locations where the Highline panels were installed.

Working with multiple profiles posed some challenges for the Advanced Exterior team, according to company rep Matt Chance, especially in areas where differing panel styles intersected. “Alignment and trueness of the panels was key in completing the successful installation,” he said.

Woods says the added work required to bring the varied materials and textures together has paid off for this project. “I think the materials helped us achieve the look we were after,” he says, noting the role Petersen played in this success. “We looked at some other manufacturers and they just didn’t have enough profile options.”