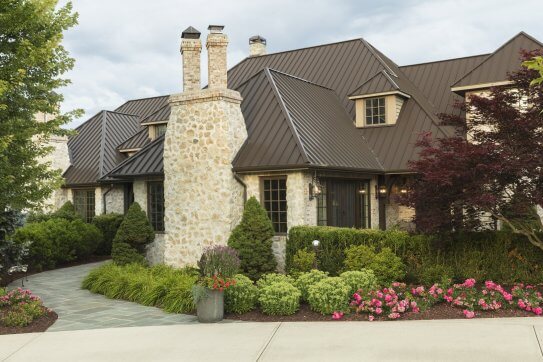 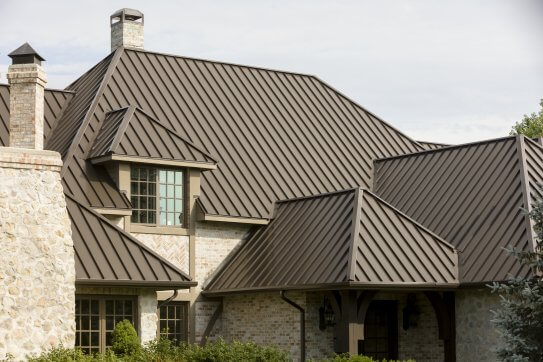 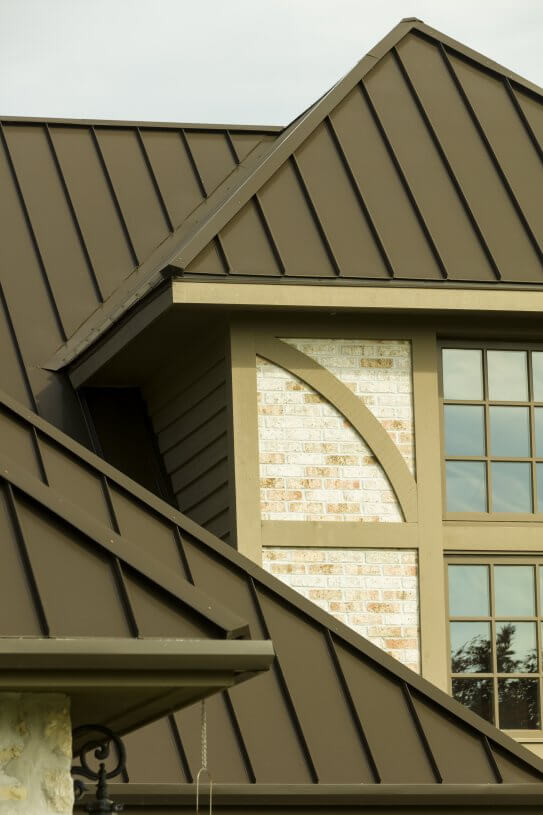 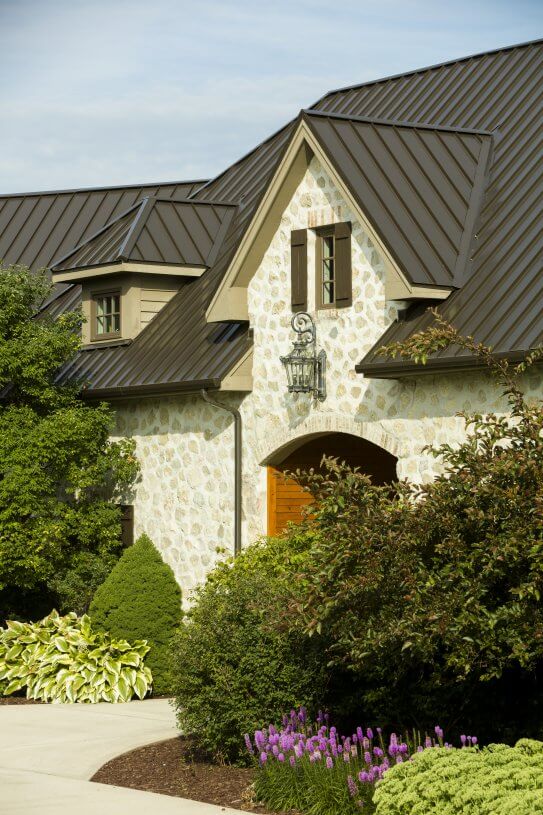 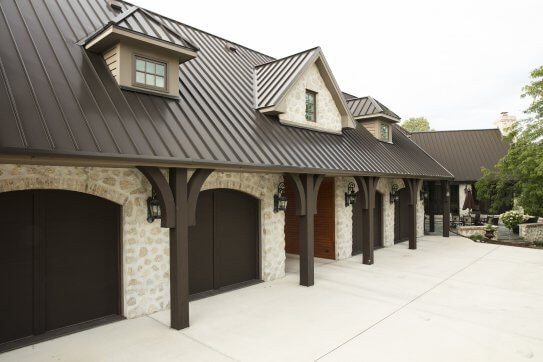 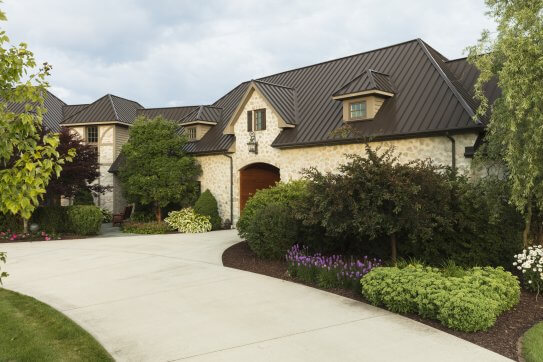 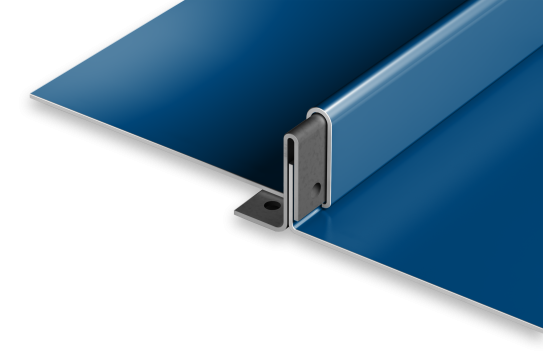 When a slate roof on an impressive residence in Sheboygan, Wis., failed after only six years, it was Petersen’s Redi-Roof panels that came to the rescue. “We removed 72 tons of slate,” said installer Steve Billmann, president of Architectural Roofing & Sheet Metal in Sheboygan. “The slate was swelling and pulled itself right out of the nails. We started taking off just a small area but ended up removing the entire roof.

Approximately 14,000 sq. ft. of Petersen’s PAC-CLAD Redi-Roof panels were installed. The 24 gauge panels were finished in Dark Bronze and fabricated at Petersen’s headquarters plant in Elk Grove Village, Ill. “Redi-Roof has been in the Petersen line for a long time and contractors like it because it’s easy to install,” said Chris Donegan, Petersen’s Wisconsin/Michigan sales rep. “The offset profile presents a nice look and can help alleviate potential oil canning, particularly on 18-in. panels depending on color and pitch.”

The owners of the residence initially wanted to replace the slate with a metal shingled roof, Billmann said. “But I convinced them to go with the Redi-Roof. I told them ‘I’ve been putting Petersen on for 30-plus years and it’s the only way to go.’ After we got done, the owner thanked me for talking them into it. Petersen is all I ever use.”

The roof design was somewhat complex but presented no major challenges to Billmann and his crew. “We do a lot of custom work,” Billmann said. The gutters were fabricated from PAC-CLAD flat sheets.

The Petersen distributor on the project was Milwaukee Insulation in Butler, Wis.