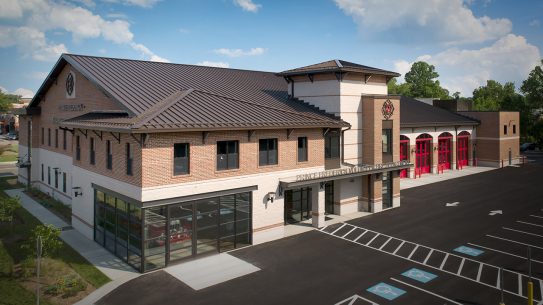 Metal-roofed fire station draws high marks for design and performance The Prince Frederick Volunteer Fire Department has been a significant part of life in Prince Frederick, Md., for more than 90 years. So, when it 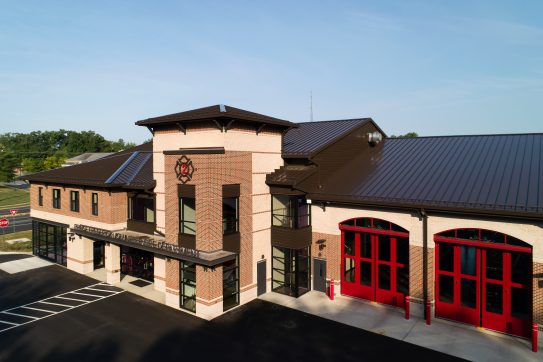 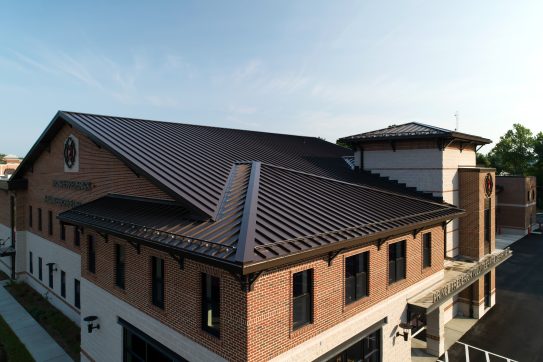 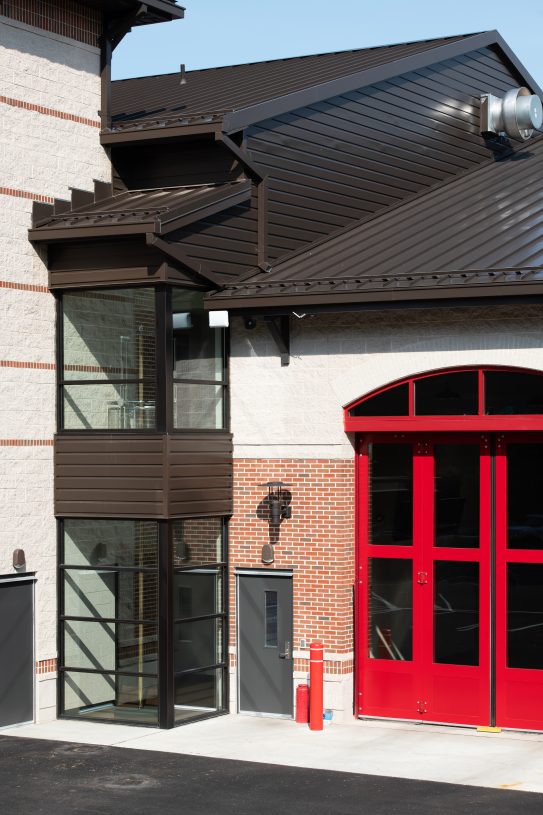 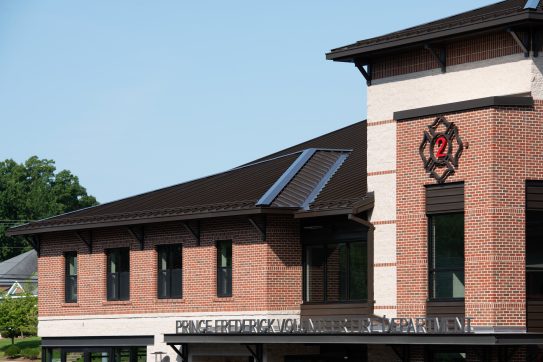 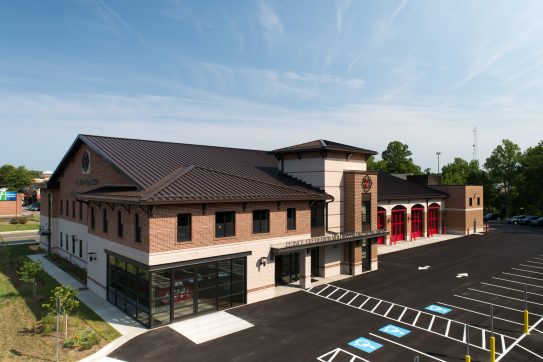 The Prince Frederick Volunteer Fire Department has been a significant part of life in Prince Frederick, Md., for more than 90 years. So, when it came time to replace the aging structure that housed the organization’s Company 2 and its equipment, community was at the heart of the designers’ plans – along with, of course, ensuring rapid access to equipment and up-to-date living quarters. In fact, the new firehouse includes a museum that includes, among other artifacts, an antique fire engine from the department’s earlier days. Topping the structure and its traditional lines is a classic standing-seam metal roof that promises to perform just as well as it looks.

The department was formed in 1926 and Company 2’s previous firehouse was built in the 1950s. Department members began working to replace that structure in 2004, and it took almost 15 years for the organization to get the funding together from various sources to complete the $11 million project. Designers with Annapolis, Md.-based project architects Bignell Watkins Hasser Architects (affectionately known as “Bigwaha”) wanted to emphasize the department’s pride in its history reflected in how they sited the building on its highly visible property.

“The station is situated at the boundary into the ‘Old Town’ district of Prince Frederick, and we wanted to make this a landmark to people in the area as they came into town,” says Bigwaha’s project manager Michael Matula. “The building design was meant to convey a welcoming presence and is a modern take on the traditional architecture of the area. The building is clearly seen as a fire station that will be around for years to come.”

“The bump-outs were placed to generate visual interest and break up the mass of the main façade along the road,” Matula explains. “The bump-out directly adjacent to the apparatus bay houses the station watch office on the first floor – pushing this space out allowed us to create a clear line-of-sight down the full length of the station. The other bump-out is one of our two stair towers.”

When it came to roofing, performance was important as looks because Prince Frederick is less than five miles to the hurricane-prone Chesapeake Bay coast, making high winds a regular hazard. “We decided to use a metal roof, due to the long-term reliability and look of the product,” Matula says. “We wanted a roof system that will remain intact during the worst weather conditions.”

Installers with Orndorff & Spaid in Beltsville, Md., installed several PAC-CLAD panel profiles from Petersen for the roof and several other locations throughout both the exterior and interior of the station. These included 20,700 sq. ft. of the company’s 22-gauge steel Tite-Loc Plus panels finished in Dark Bronze for the roof, along with a total of 2,900 sq. ft. of Petersen’s Reveal panels to highlight the façade around the glass-enclosed fire-slide pole and to fill gable space where the roofline transitions from two stories to one.

Orndorff & Spaid’s crew was familiar with Petersen’s products – and proved themselves skilled at managing the roof’s complicated design. “It had a few hips and valleys, but it wasn’t anything we’re not used to,” says Mike McKinney, the company’s project manager on the job. “The metal guys I’ve got working with me have been working with me for years and are very adept.”

And, though McKinney says he didn’t need to call on Petersen for extra assistance on this project, he has always felt confident the company would be there when he needed help. “I started putting on Petersen panels in 1979 – dealing with their details is second-nature for us,” he says. “Whenever we have any issues, they’re always there to help us out.”

The finished firehouse has been drawing accolades from the department’s volunteers, area residents and the local architectural community, according to McKinney. “We have had a tremendous response,” he says, noting the project has received an excellence in design merit award from the AIA’s Chesapeake chapter and won the People’s Choice award in the same competition. It also has received strong positive remarks from others with closer ties to the fire-fighting community. “We receive compliments from members of the fire service throughout the region and also on a national level when we attend conferences.”