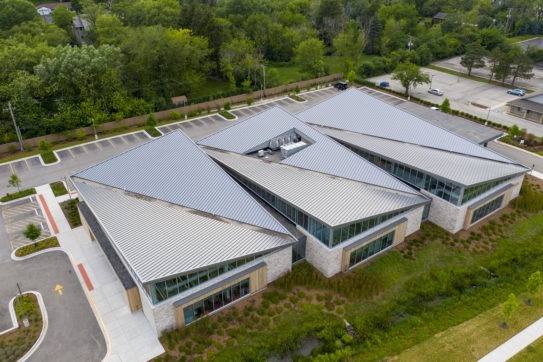 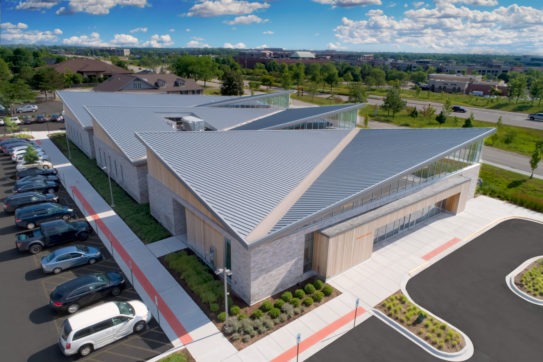 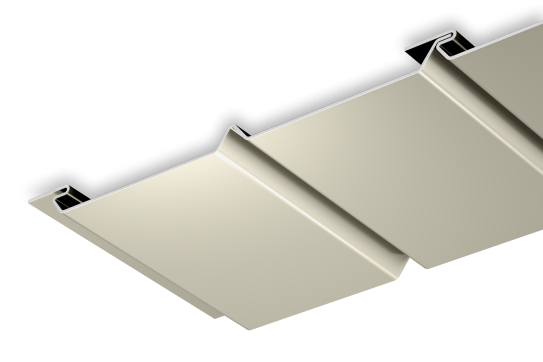 The Shirley Ryan AbilityLab – formerly, the Rehabilitation Institute of Chicago – is known internationally for its patient-centered approach to rehabilitation care. With an anchor inpatient location in downtown Chicago, the organization recently has added a new outpatient facility in the western suburb of Burr Ridge. Developed and owned by MedProperties Group, the 25,000-sq.-ft. facility is topped by a unique, standing-seam metal roof with angled panels that create a vision of wings in flight – and generate room for clerestory windows that help fill the interior with natural daylight.

The facility offers a broad range of therapies to two kinds of patients – those coming for routine outpatient physical therapy or other services, and those requiring more intensive, half- or full-day sessions. These varied interior programs are reflected in the building’s exterior, which comprises three major volumes, made visible by both projecting bays along the façade and the arrangement of the angled roof panels.

Breaking the exterior elevation into smaller pieces also helped architects with HDR’s Chicago office reduce the building’s visual impact – those living in an adjacent residential neighborhood had concerns the facility might appear too commercial for its location. Designers worked hard to ensure the building was compatible with its surroundings.

“We did that by the use of materials – wood and brick – and scale,” says Tom Lee, AIA, NCARB, an HDR design principal. That desire to fit in led to the choice of roof profile, as well. “We did these sort of folded roofs on each of the volumes that help get light into the therapy spaces – and giving the building a pitched roof gives it a more residential character.”

However, Lee adds, self-imposed height restrictions meant standard roofing-material options wouldn’t be suitable. “We didn’t want the buildings to be too tall, so that required a low slope to the roof pitch,” he says. “We realized that we couldn’t find an asphalt material that would work with a low-slope roof. Metal is the only option to get the low slope.”

Investigating metal options, Lee’s team first turned to a material that would develop a weathered patina, over time, to blend well with the façade’s garapa wood cladding. They knew the Brazilian hardwood would gray, as well, over time. When the first choice proved too costly, they discovered Petersen’s Weathered Zinc finish. Now, 22,500 sq. ft. of 24-gauge steel Tite-Loc Plus panels from Petersen’s PAC-CLAD lineup top the Shirley Ryan AbilityLab Outpatient & DayRehab Center’s six triangular roof forms. An additional 3,800 sq. ft. of PAC-750 soffit also were specified, along with 1/8-in. column covers from Petersen.

Over time, Lee expects the wood cladding’s current blond tones to age into something much closer to the roof’s Weathered Zinc. “We actually rendered the building in both the new condition and in the silvery-gray that would work well with the metal,” he says. In the meantime, he appreciates the added visual interest the standing-seam profile brings to the project, as a whole.

“We thought the standing seam would give it some scale, and I think it turned out really well,” he says, adding that he’s not alone in that reaction. “I know the Shirley Ryan AbilityLab is very pleased with the building – the feedback we’ve received is all positive.”

Editors: If photos are published the following credit is required: Photos: ajbrownimaging.com