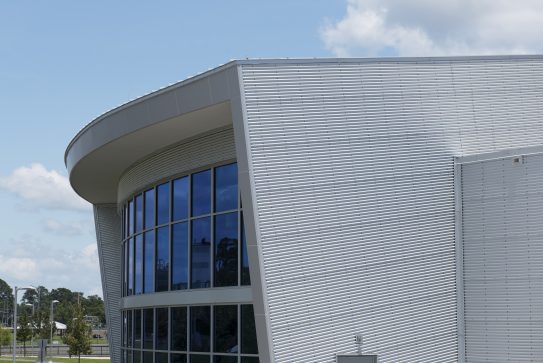 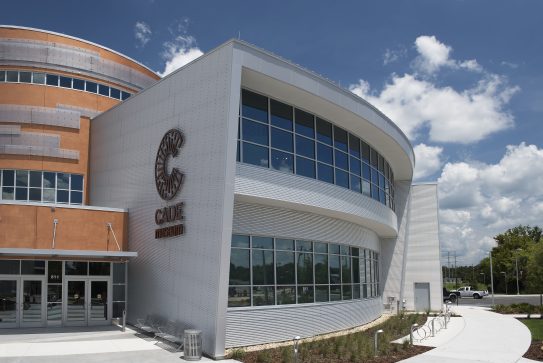 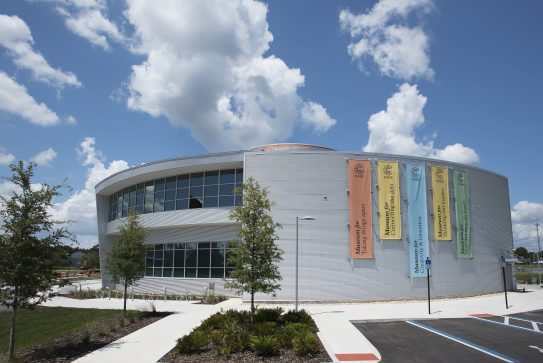 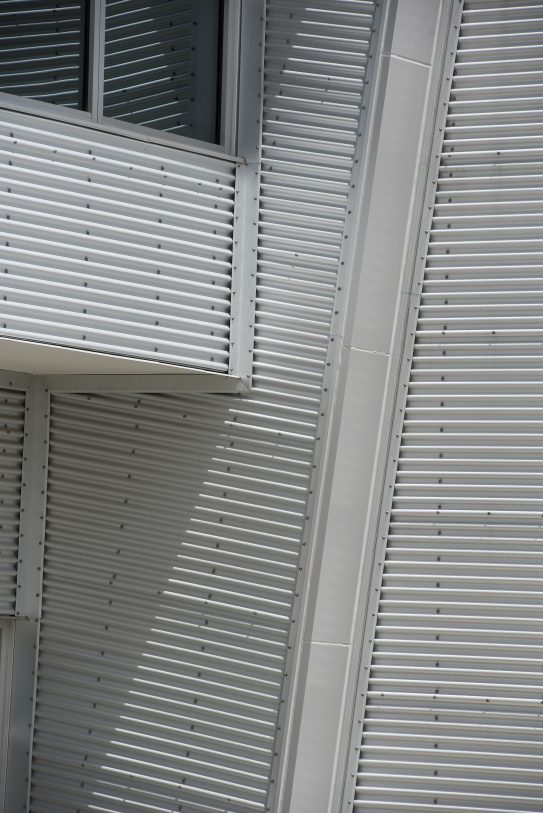 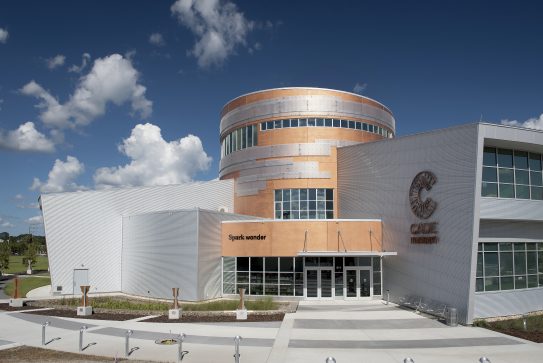 A museum devoted to exploring and expanding creativity must have an eye-catching design, and that’s certainly the case for the recently opened Cade Museum for Creativity + Invention in Gainesville, Fla. With its cylindrical core and extending arcs, it almost appears to be in motion – a sense of movement reinforced by the running lines of the structure’s corrugated metal wall and roof panels.

The Cade Museum’s namesake, Dr. James Robert Cade, certainly embodied a spirit of creativity. He was a professor of renal (kidney) medicine who is best known for inventing the sports drink Gatorade. But he also invented the first shock-dissipating football helmet and developed a high-protein milkshake used by athletes and cancer patients. Additionally, he was an avid collector of both historic violins and Studebaker carriages and automobiles. In 2004, he and his wife established a foundation to fund the museum’s construction, along with a permanent gift to cover a portion of its ongoing operations.

The new museum incorporates laboratory and maker spaces, gathering space for puzzling and presentations and, of course, a permanent exhibit on the science behind the beverage that built Dr. Cade’s reputation. And its design is intended to grow in a planned second phase that will expand the current 21,000-sq.-ft. facility by an additional 24,000 sq. ft.

The museum’s exploded-circle plan, developed by Baltimore-based GWWO Architects, required some creativity on the part of metal panel installers with Architectural Sheet Metal of Orlando. “There were six different radiuses around the building,” explained Loren Taylor, project manager on the job. In total, the ASM crew installed 11,400 sq. ft. of 22-gauge PAC-CLAD corrugated straight panels and 6,000 sq. ft. of PAC-CLAD corrugated curved panels, all in a Galvalume Plus finish.

Detail work in the area where a 45-ft. banner, with 4-in.-by-4-in. structural supports, was planned to be hung proved even more time consuming than the building’s curved profiles. “We had to cut penetrations into the panels as they were being installed,” Taylor said. “Each one of those penetrations took four to five manhours – and there were 45 penetrations.”

And, of course, all those penetrations required custom flashings to protect against water penetration. The ASM team formed all the flashings in their warehouse, Taylor said.

This is far from ASM’s first experience with Petersen products – Taylor said his company has had a strong relationship with the manufacturer for more than a decade.

“Most specifications that we go after, [Petersen has] one system or another that meets the specifications, and that helps us achieve a more competitive price” Taylor said. “In addition, they’re a great company to work with.”

The finished facility has garnered a number of awards, including a S.T.A.R. Award from the Florida Roofing and Sheet Metal Association, along with an ENR Southeast Best Project of the Year award. “Overall, the reaction has been great,” Taylor said. “It’s gained quite a bit of attention since it has been completed.”