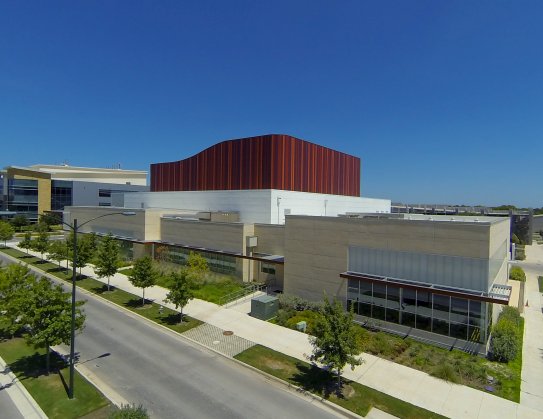 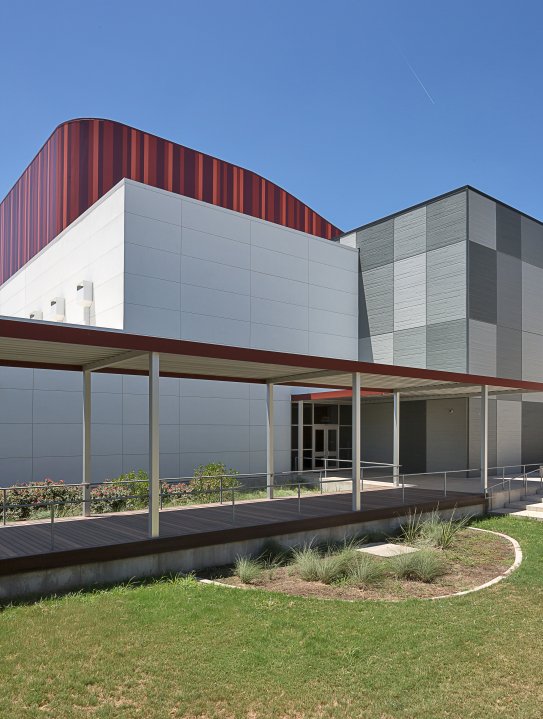 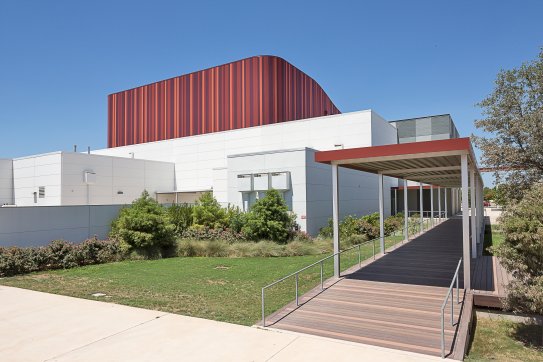 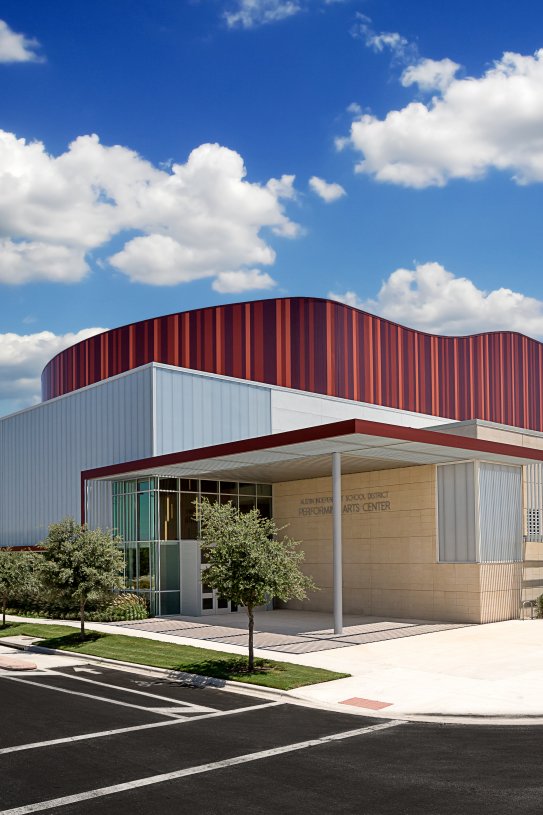 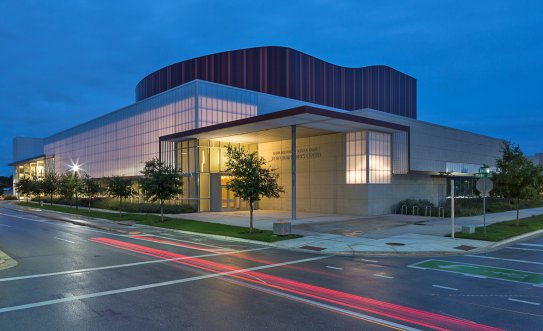 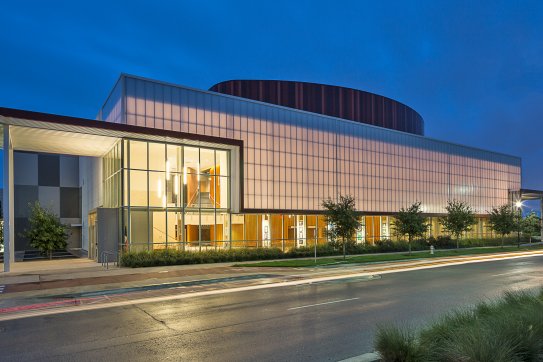 Two Petersen profiles were utilized in the design of the project. Approximately 14,000 sq. ft. of PAC-CLAD Flush Panels played a particularly prominent role in cladding the vertical rooftop extension of the auditorium and stage. The 24 gauge panels were finished in Burgundy, Colonial Red and Terra Cotta, all rich colors that complement the extensive use of wood in the auditorium. In addition, approximately 4,000 sq. ft. of Petersen’s M-42 Wall Panels in Galvalume Plus were also integrated with the glazed curtainwalls on the exterior facade.

Architectural design was created by Pfluger Associates Architects in association with Miro Rivera Architects. Both firms are located in Austin. The project has received LEED Gold certification and also a five-star rating from Austin Energy Green Building, its highest honor.

The project is located in a very walkable neighborhood in the Mueller development, said Pfluger Architects project architect and principal Jessica Molter. “The design team wanted to set the tall structures away from the edge of the roof so that the extension and auditorium would read as one sculptural element,” Molter said. “The vertical metal panels cladding the extension were a good solution for us because they adjusted very well to the curves of the design.”

The use of PAC-CLAD panels on the exterior also played a key role in complementing the extensive use of richly-toned maple on the interior of the auditorium and main entry lobby. “Because the main lobby was mostly glass that showed the vertical wood paneling inside, we had a strong desire that it read as if the same wood material cuts through to the outside,” Molter explained. “We wanted the upper, exterior material to appear as an architectural continuation of the maple paneling. You can definitely see that at night when the lobby is illuminated.”

The decision to use metal on the rooftop extension was made early in the process, according to Molter, and the rich colors of the Flush Panels were carefully selected. “We thought the metal would give us the ‘wow’ factor from a distance,” Molter said. “We first considered using just a single color but the consensus was that we needed something that stood out even more. That’s why we went with the nice three-color combination.”

“With a facility like this one, our district will finally be able to offer students and families a quality venue for theatre, dance, music and other fine arts performances,” said superintendent Dr. Meria Carstarphen.

The Performing Arts Center is located in a 700-acre, mixed-use development on the site of the former Robert Mueller Municipal Airport. The development will include 6,000 homes, 4.2 million square feet of office/commercial space and more than 750,000 square feet of retail. All development at Mueller is LEED-certified or meets equivalent Austin energy requirements for sustainability.

Installation of the PAC-CLAD Flush Panels was completed by Texas Roofing Company Inc. in Round Rock, Texas.

The general contractor on the project was American Constructors Inc. in Austin.