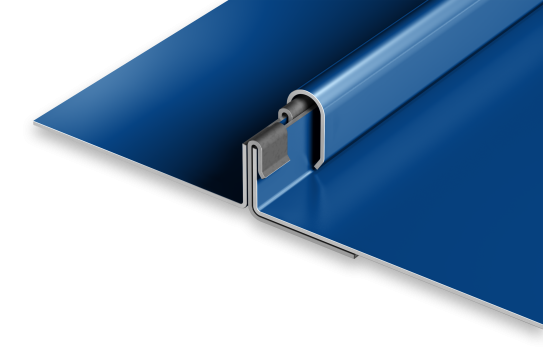 Working from a strategic plan outlined in 2014, developers of Wichita State University’s Innovation Campus have turned what was once the school’s golf course into a magnet for technology and manufacturing R&D leaders. Now, companies like aircraft manufacturer Airbus and technology services provider NetApp are incubating new ideas on the campus – and providing new internship and job opportunities for Wichita State students. Partnership Building 3 is one of the latest additions to the campus, and its contemporary façade highlights the versatility of metal wall panels as it incorporates three different panel profiles into one coherent design.

The 120-acre Innovation Campus was the brainchild of former university president John Bardo, who saw the potential in “creating collisions” between innovators of various industries, as well as between those corporate tenants and the school’s own student base. In the years since ground was broken, the development has grown to include multiple partnership buildings, along with retail shops, restaurants and a Hyatt Place hotel. The consulting firm Deloitte recently announced it would be working with the university to develop a “smart” factory on the campus to explore new advanced manufacturing technologies.

Partnership Building 3 was designed as a 60,000-sq.-ft. shell structure by the local firm of GLMV Architecture, which also helped lead the campus’s master-planning effort and led design on several other buildings in the development. Matt Cortez, AIA, president of GLMV and a lead designer on the project says the choice to use metal panels was an easy one – it’s a common façade element throughout the new campus. But, he added, the three-profile approach helped ensure this structure also stands on its own.

“We wanted to make sure all the buildings talk to each other,” he says. “But we wanted them to also have their own identities.”

GLMV opted for products from Petersen’s PAC-CLAD line for all the panels in this project, based on suggestions from the installing contractor, Mahaney Group Inc., also based in Wichita, which had worked on other buildings on the campus. Kyle Harryman, Mahaney’s vice president for metals, says previous buildings used products from other manufacturers, but is now opting for Petersen. “Partnership Building 3, Partnership Building 7 and a few more upcoming buildings will be based around PAC-CLAD.”

Cortez says the range of available profiles in Petersen’s catalog helped his team create an eye-catching design that also met the budget. “We are trying to accommodate lease rates that are manageable – to do that, we’ve got to be creative and give the best bang for the buck,” he says. He notes that NetApp has taken the entire building as it waits for its own purpose-built addition to the Innovation Campus, and there’s already a waiting list of companies looking to take over portions of the structure once NetApp moves out.

The multi-profile design posed some challenges for Harryman’s team of installation pros. “It was fairly unusual, especially when all three profiles can “touch” at some point – it makes the detailing very difficult and time-consuming,” he says, calling out the need for varying depths of hat channel to ensure all the panels lined up perfectly. He adds that time constraints added to the job’s pressures.

“Scheduling was tough because we were tasked with completing the entire scope within two months,” he says. “It took us two-and-a-half to three months, but that’s still a pretty amazing accomplishment for that large and detailed of a project.”

Harryman adds that he’s now sold on using Petersen as a supplier, going forward, thanks especially to the company’s customer-focus. “We have done a few jobs and I have liked everything about them, from the customer rep, Scott Craig, to the salesman, Dan Sudkamp,” he says. “They’ve definitely made us a loyal partner.”